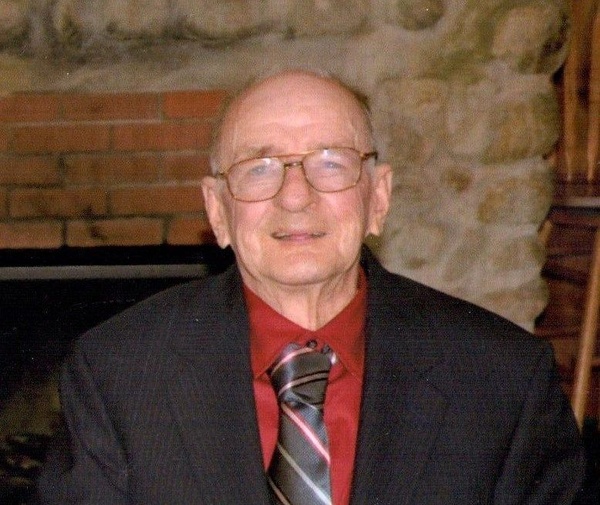 William Burrell Pratt age 86 and long-time Maynard resident passed away peacefully on Monday, July 21, 2014 at his residence surrounded by his loving family. He was the beloved husband of 63 years to Hazel (Gould) Pratt.

Born in Boston on January 20, 1928 he was the son of the late Charles and Laura (Lepene) Pratt. He was raised and educated in Charlestown graduating from Charlestown High School in 1945.

Mr. Pratt enlisted in the United States Navy proudly serving this country. He then married and settled in Maynard where he lived for 50 years.
Mr. Pratt worked as a machinist and mechanic for W.R. Grace Co. He was an active member of the Maynard Elks and the American Legion Post.
During his spare time and retirement he enjoyed spending time with his family, playing golf, camping, working in his yard and traveling.

Along with his wife survivors include his children Kathleen Pratt Harrington and husband David of Groton MA, William B. Pratt Jr. and wife Ann of Maynard MA, Karen Pratt Costa and husband Ron of Churchville MD and George C. Pratt and his wife Donna Mummenthey of Whitinsville MA, his grandchildren Laura Pratt, Ryan and Kim Pratt, Karla Pratt and Mike Bajgot, Noreen Harrington and Andrew Eames, Kara Harrington, Benjamin Costa and his great-grandson Rowan Pratt. Also survived by his sisters Laura Rumasuglia and Florence Leon. He was the brother of the late Andrew, James, Charles and Edward Pratt.

Gifts in his name may be made to:
Union Congregational Church
80 Main St.
Maynard MA 01754.