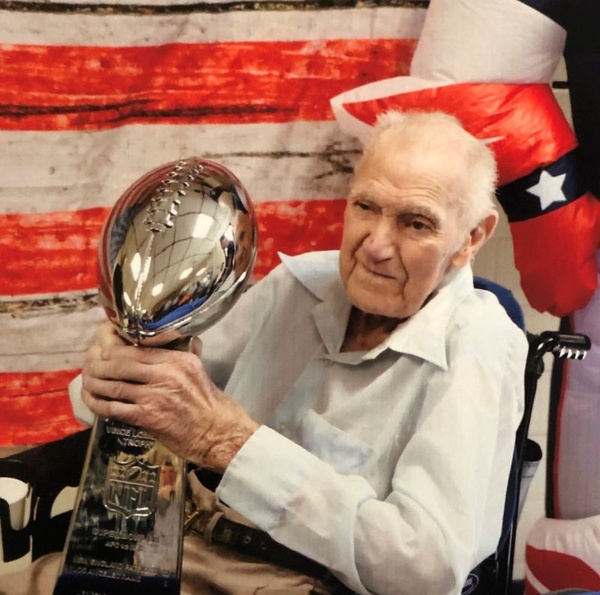 William Donald Hartford "Willie" age 91 and longtime resident of Maynard passed away on Wednesday, May 29, 2019 at the Edith Nourse Rogers Memorial Veterans Hospital in Bedford. He was the husband of the late Grace M. Gello Hartford who died in 2002.

Willie was born in Maynard on August 20, 1927 the son of the late Howard H. and Christina E. (Campbell) Hartford. Raised and educated in Maynard he graduated from Maynard High School.

Willie enlisted in the United States Army and proudly served his country during WWII and the Korean Conflict he married in 1955 and remained in Maynard. Willie worked for many years as a truck driver for several local establishments, he enjoyed the Hill Billy Ranch in Boston, trips to North Conway, NH and was an avid New England Patriots fan.

Family and friends will gather to honor and remember Willie on Friday, June 7, 2019 from 5:00-7:00 pm in the Fowler-Kennedy Funeral Home, 42 Concord St., Maynard. His graveside service with U.S. Army Military Honors will be on Saturday, June 8 at 11:00 am in Glenwood Cemetery, Parker St. Maynard.

Donations in his memory may be made to:
Wounded Warrior Project
150 Cambridgepark Drive, Suite 202
Cambridge, MA 02140.