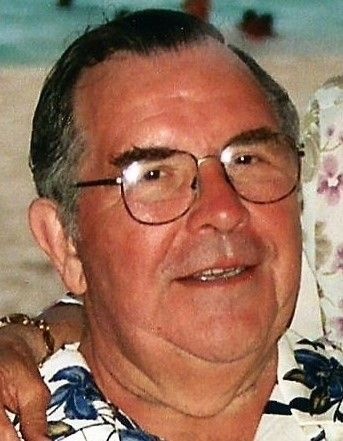 William C. "Bill" Booth, 78, of Stow, passed away peacefully Friday August 4, 2017 at Life Care Center of Nashoba Valley in Littleton surrounded by his loving family. He was the devoted husband of forty-five years to Isobel G. Booth.

Born in Hornell, New York on September 10, 1938, he was the son of the late Claude William and Ruth Booth. Bill graduated from Canisteo High School in 1956 and received his Bachelor and Masters of Science degrees in Electrical Engineering from Syracuse University in 1961 and 1968 respectively. He received his Masters of Business Administration from Bentley University in 1987.

Bill got his start as an Electrical Engineer working from home repairing televisions. After college his career advanced to work with the Martin Marietta Aerospace Division in Baltimore, MD where he participated in many aerospace development programs including the Apollo and Lunar Lander spacecraft programs. From there he went on to work for the Link Group in Binghamton, NY; Singer Simulation Products Division in Silver Spring, MD; and became Vice President of marketing for Signal Processing Systems in Fairfield, CT. He was last employed by TeraRecon in Acton, MA where he was instrumental in creating and maintaining a proprietary design for a board that advanced the medical imaging industry to its current state.

Of all his accomplishments, family is what Bill was most proud of. He loved spending time and planning trips with his children and grandchildren. He cherished the yearly trips to Lake Ninevah in Vermont and any time he could get together with all of his family. During his life he enjoyed many activities including, skiing, water skiing, white water rafting and hiking. He loved the outdoors and traveling around the country. Bill was an avid reader enjoying history books and Sherlock Holmes stories. He had a passion for classical music and liked to attend the Theater. Model Trains, Astronomy and Volcanology all captured his attention. Bill was an inventor and tinkerer who loved creating new gadgets and repairing broken things.

A Funeral Service is scheduled for 3:00 p.m. on September 10, 2017 at the Canisteo Wesleyan Methodist Church, 25 Greenwood St., Canisteo, NY followed by graveside burial.