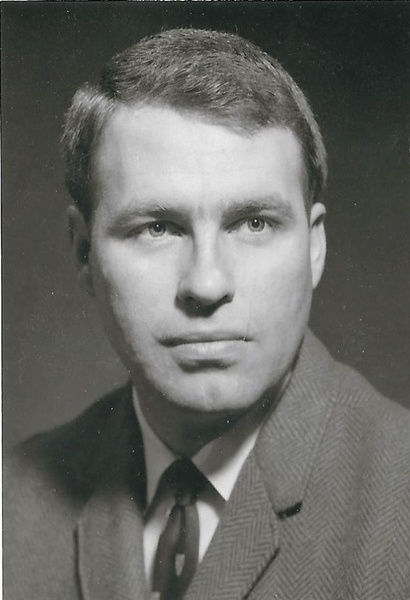 William Leon Avery, of Stow, MA, passed away peacefully at home on Tuesday, February 15, 2022, from complications of Alzheimer's, at the age of 81. He was the beloved husband of Josephine "Jody" Vance Avery for almost 58 years.

Bill was born on February 20, 1940, in Winston-Salem, NC, where he was raised and educated. He was active with the Boy Scouts of America, attaining the rank of Eagle Scout. He graduated from R.J. Reynolds High School, class of 1958. Bill attended the United Sates Coast Guard Academy in New London, CT and graduated in 1962 with Honors, earning a B.S in Engineering. He married the love of his life, Jody, in 1964. Bill served as a deck officer on the USCGC Mendota tracking Russian ships in Guatanamo Bay during the Cuban missile crisis, and later as the engineering officer on the USCGC Ingham.

Bill developed a passion for computers and after resigning his USCG post, he continued his education at North Carolina State University where he earned his Master's Degree in Electrical Engineering in 1968. He was hired by Burlington Industries Research Group to develop a distributed data acquisition and control system for their 130+ plants (which remained in use until 1991). In 1973 he was recognized by the IEEE as the outstanding young engineer in North Carolina, and was snapped up by Digital Equipment Corporation shortly thereafter to advance development for the PDP-11 family of industrial computers. In 1981, DEC president Ken Olson tapped Bill to develop their personal computer line, where he established the Rainbow and DECMATE Product Groups, achieving products for show within a nine-month window. After ten years at DEC, Bill played the field with positions at Data General, Sun Microsystems, Encore, Shiva, Intel's Supercomputer division, and Picturetel. He particularly enjoyed building PCs from scratch with his daughters.

Bill retired at 58 to pursue his passion for fine woodworking and building. He designed his home of 35 years, and personally built six other buildings on his property (ably assisted by his wife Jody) including a sawmill where he milled the wood for the structures. His crowning achievement was his two-story 7500 square-foot steel-frame workshop building, which he built with a crew of teenagers over the course of one summer. Over the years, Bill had acquired a fleet of heavy equipment, which he rebuilt with the enthusiasm of a teen hotrodder.

Bill was an active member of the Sudbury United Methodist Church for over 45 years, serving as head of the trustees, teaching Sunday School, and heading up numerous projects including building the chapel altar by hand. He headed up the commission of several murals for his USCGA class, and cherished the annual BSA Pinewood Derby competition.

Bill was an unabashed lover of all animals, especially his favorite Samoyed, Banff. He patiently served as a coveted lap for upwards of twenty cats throughout his lifetime. Bill remained active tending to the wild turkeys, birds, squirrels, raccoons, and deer on his sixty acre property until his final days.

Bill is survived by his wife of 58 years, Jody Avery of Stow, MA; his daughters, Josephine and husband Nicolas Diaz of Granby, CT; and Marguerite Avery of San Antonio, TX; his brother, Captain Robert Avery, USN (Ret.) of Chapel Hill, NC; and his grandchildren, Paxton William and Calvin Patrick Diaz. He is pre-deceased by his parents Julian C. and Marguerite (Butner) Avery, and younger brother Edward Clay Avery.

Gifts in his memory can be given to or the Boy Scouts of America Troop One, Stow MA (please mail to Troop One Stow Alumni, Incorporated at PO Box 75, Stow MA 01775) or Sudbury United Methodist Church (please mail to Sudbury UMC, 251 Old Sudbury Rd, Sudbury MA 01776)