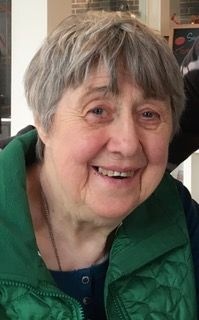 Wendy Ann (Burt) Axtman, age 86, of Stow, died surrounded by her children on Tuesday, September 15, 2020. She was the loving wife of the late Louis Edward Axtman Jr.

Born in Somerset, England on January 18, 1934, she was the daughter of the late William Edward and Irene Maud (Bacon) Burt. Wendy was raised and educated in Somerset attending the Tor School in Glastonbury. She then moved with her family to Leeds graduating from Leeds Girls' High School, class of 1950. She went on to attend Leeds General Infirmary for Nursing, graduating with the class of 1955. Upon graduation she worked as a Nurse-Midwife at Royal Bournemouth Hospital. While on holiday with a friend, Wendy met her future husband Louis in Paris in 1962. It was love at first sight. He convinced her to move to America and they were married on April 5, 1963. The couple settled in Stow and raised their family together.

Family was most important to Wendy. She loved cooking and having friends and family gather for big meals. Wendy enjoyed spinning wool into yarn, weaving and knitting. She was a founding member of the Stow Spinning Bee. Wendy loved the outdoors, spending time in her flower garden or out on nature walks with her beloved weimaraners. She was also an avid reader, often times checking out eight to ten books a week to read from the local library.

A graveside service will be held at Stow Lower Village Cemetery.

To watch a video of the service please follow the link:


Gifts in her memory would be welcome towards the Adenoid Cystic Carcinoma Research Foundation.