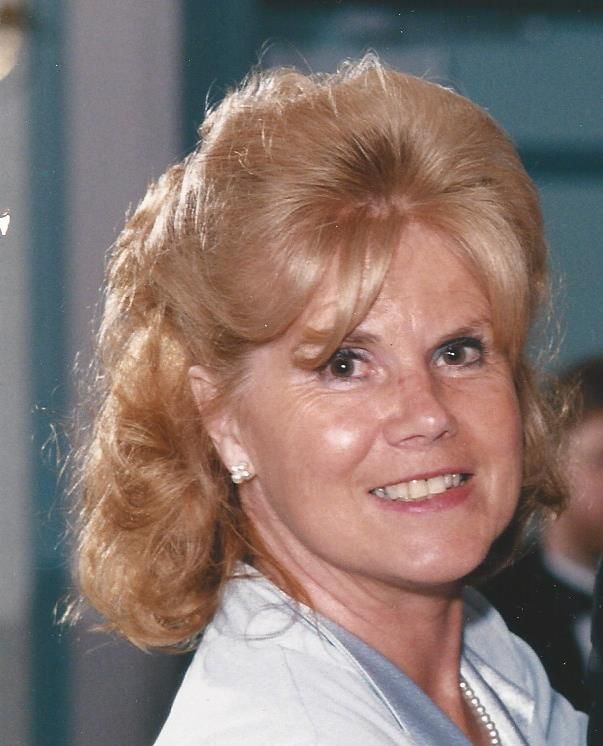 Virginia D. "Ginger" (Warila) Sluyski, age 79, of Maynard passed away peacefully on Thursday July 7, 2016 at her home in Maynard after a brief struggle with cancer. She was the loving wife of the late Richard M. "Dickie" Sluyski.

Born in Concord on March 20, 1937, she was the daughter of the late Olavi "Swat" and Minerva "Grace" (Carbary) Warila. Raised and educated in Maynard, Ginger was a graduate of MHS, class of 1955.

Ginger and Dickie were high school sweethearts and were married on June 7, 1959. Ginger worked with Dickie at Manning Pharmacy, the family owned business as the bookkeeper for the 22 years. The couple loved spending summers with family and friends in Orleans MA, on the Cape.

Ginger was a very compassionate person, she continued to visit residents and staff at the Sudbury Pines Extended Care even after her mother and mother-in-law no longer lived there. She lived a very healthy life style and enjoyed gardening, running, walking and attending her grandchildren's events. She was a member of Kingdom Hall of Jehovah's Witnesses in Maynard and faith was an important part of her life.

Ginger is survived by her two children, Mike Sluyski of Maynard, Kristyn and her husband Paul Howes of Maynard, and her loving grandchildren Katelyn (Sluyski) Kapsimalis, Kerri Sluyski, Christopher, Kelsee, Kyle, Cal Howes, and 4 additional grandchildren. She is also survived by her sister Nancy Warila of Hudson, MA. Ginger was predeceased by her husband Dickie Sluyski, her son Stephen Sluyski and siblings, Bob, Bruce and Charles Warila.

Family and friends will gather to honor and remember Ginger on Wednesday, July 20th from 5-8 pm at the Fowler-Kennedy Funeral Home, 42 Concord St., Maynard, MA. Those wishing to share in the celebration of her life may do so by attending a gathering following the hours at the Maynard Lodge of Elks, 34 Powdermill Road, Maynard, MA. Services and burial will be private.