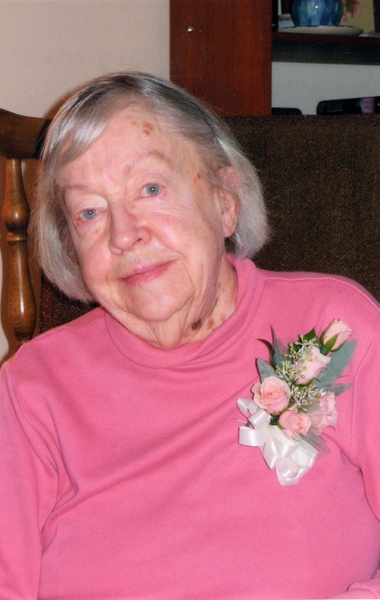 Virginia Frances (Morrill) Benjamin, age 93 and longtime resident of Stow, passed away peacefully on Sunday, October 7, 2018 at River Terrace Health Care Center in Lancaster. She was the beloved wife of the late Orrin E. Benjamin and loving mother of the late Robert O. Benjamin.

Virginia Frances Morrill was born on October 26, 1924 in Davenport, Iowa, the daughter of the late Guy Linwood and Lena Jennie (Knight) Morrill. She was raised and educated in Dorchester graduating from Girls High School in Boston. Virginia and Orrin married in 1944 and moved to Stow where they would reside for many happy years.

Virginia worked at Warren Insurance Agency in Stow for over 20 years, retiring in 1986. She was a gracious, friendly, competent and well-liked friend to customers and staff alike. She was an active member of First Parish in Stow where she attended weekly worship, group making items for their craft fairs and did volunteer work; her church was family. She was a talented craft maker and seamstress, creating many different handmade treasures, especially colonial dolls for the Colonial Craftsman group at the Wayside

She is survived by many devoted friends from her cherished Stow community.