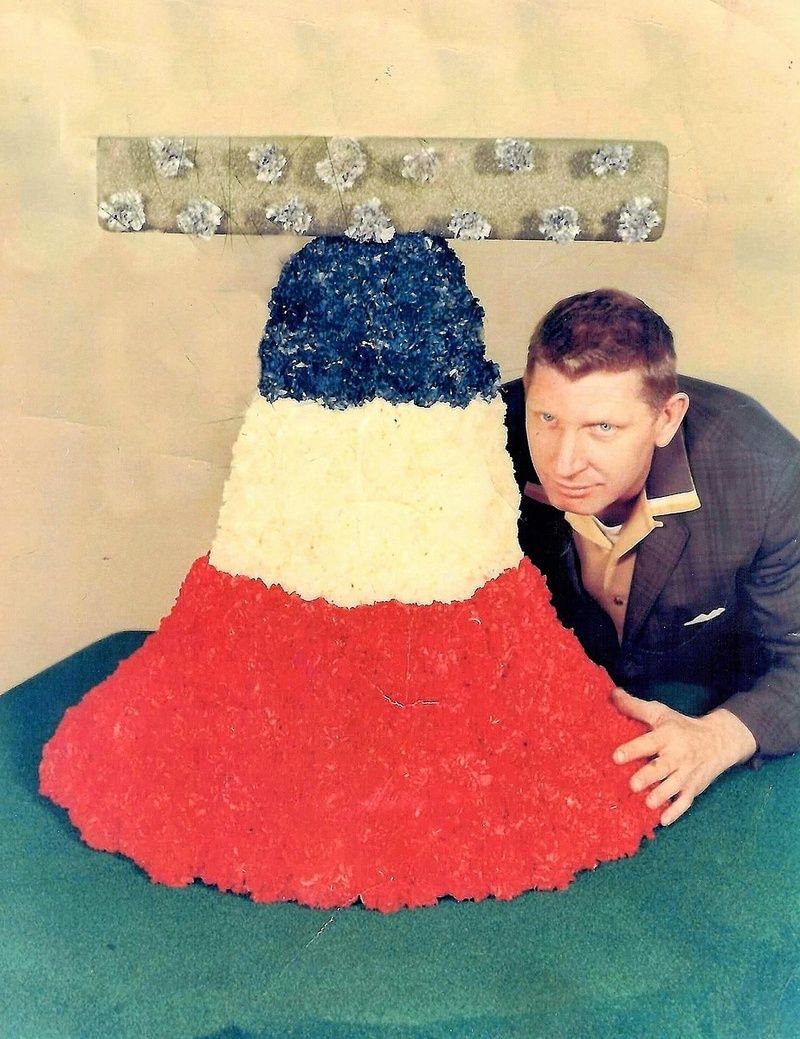 Victor A. Tomyl, age 90, a lifelong resident of Maynard, peacefully passed away surrounded by his family at his home on Tuesday, March 8, 2022. He was the loving husband of the late Marion A. (Bevan) Tomyl for over 50 yrs. He was father to what would often be called "The Tomyl Tribe". Scott (predeceased), Wendy, Gwyneth, Joel, Melissa & Walter. He also has a "tribe of grandchildren: Victoria, Amanda, Michael, James, Karlin, Garrett, Zak, Amalie, Olivia, Hannah, Eli & great grandchildren Joshua, Igor, Anna & Victoria. Vic will be deeply missed by his family and many friends.

Our dad was born at his home on Main St in Maynard, one of 15 children born to Polish/Russian immigrants Anthony & Theresa (Noszka) Tomyl. A proud 1st generation American, he loved his country, his family & his town. We loved listening to the tales of growing up in a large family whose parents were creative in finding ways to provide for them. Hearing about our grandmother's cooking was one of the best, he would say "my mother used everything on the pig but the squeal" and that there was always a pot of food on the stove that was willingly shared with anyone of the friends they brought home with them. We enjoyed our mushrooming trips with our dad and grandmother and especially looked forward to Sundays at Grammy Tomyl's where we would eat and hang out with our many aunts, uncles & cousins.

Following the example of his older brothers, one of whom gave his life to his country during WWII, he joined the Marines proudly serving during the Korean War, 1951 to 1954. He was awarded the National Defense Service Medal, the United Nations Service Medal, and Korean Service Medal. He met and married our mother during the time he spent in Philadelphia while serving his country. When discharged he brought her home to Massachusetts and they started their family settling in Sudbury until moving back to Maynard in 1957.

Our dad furthered his education at New England Institute of Anatomy Sanitary Science and Embalming, Kenmore Square, earning his Associates Degree in Mortuary Science, class of 1957. He became a licensed Embalmer & Funeral Director in 1960. He worked for the Twombly Funeral Home and was always willing to lend a hand to other local funeral homes when needed.

As a young boy of 9 he started sweeping floors at Hawes Florist on Nason St. The Hawes family took him under their wings: Phil Morrison taught him the art of flower arranging and all aspects of the business. Additional time was spent at the Hawes Farms learning the processes of planting, growing, developing new varieties and harvesting not just flowers but vegetables as well. The Hawes family also enfolded him into their church family at the Sudbury Methodist Church. Because at a young age he was an altar boy at the Polish Church in Maynard the group in Sudbury teased him saying the Pope must have given him a special dispensation so he could join the construction crew that built the new Sanctuary where the baptismal font is in memory of his first son, Scott. He told us that years ago he and his friends would wait on different street corners in town and the local farmers would drive by in the morning, pick them up and bring them to work on their farms for the day, be it a vegetable farm or chicken. We got a lot of laughs hearing the story of him not being allowed in the house with his dirty chicken manure covered clothes.

In 1961, he and our mom assumed ownership of Hawes Florist and along with their growing family, it became a real family affair. All of us have participated in the business in different roles over the years. When the shop was on Nason St, the back room became an unofficial meeting place, with an amazing cast of characters When the flower shop relocated to its present location in 1976 the gang followed him there as well. The "backroom gang" as they were referred to, tossed about and discussed many town issues and tons of good times, laughter and even free mackerel was shared by all. Many would come see him in the shops back room to pick his brain for his knowledge on countless topics as well as seeking the wisdom he developed through all his life experiences. They enjoyed our dad's sense of whit, humor and wise guys sayings. People enjoyed seeing the colorful flowers and messages his friend Bam Sawler created on the front store window. Especially the messages announcing family graduations, weddings and births.

Growing up in the summers the family went deep sea fishing out of Plumb Island on Wednesday afternoons. Thursday mornings friends/customers would show up with their plastic bags expectantly wanting a share of the bounty of mackerel that was caught the day before. In the fall they looked forward to squash, potatoes and other vegetables that local farmers allowed him to glean from their fields.

Our dad was a very generous person, very often giving anonymously. He enjoyed giving to his town, his family and helping others succeed. He believed in supporting local businesses, schools and town boards. He served as President of the Chamber of Commerce, served on the Finance Board, and on the Board of Trustees at the Assabet Bank and the Board of Directors for the Middlesex Bank. He attended many Town & Board Meetings, his comments and insights frustrated some attending, but deep down he always had the town's best interest at heart. It was said that he gave away more roses than he sold. He supported WAVM especially during the Beacon Telethon from its inception. Despite the fact he didn't drink he enjoyed helping at the beer coral annual St Casimir's Polish Picnic. He always donated the flowers for Miss Massachusetts to carry during the annual Christmas parades. He & our mom volunteered to run the Assabet Valley Little League concession stand. He was nominated and picked to be the Grand Marshall of the annual Christmas Parade. He taught us all how to fish using Zebco fishing poles many times purchasing extras which he would gift to interested children fueling their excitement for the sport. When customers would bring their children in, he always gave them a flower, the parents would ask if they said thank you and our dad would tell them the child already did, "didn't you see the smile in their eyes"? He felt there should be flowers at Memorial Park during the holidays to honor those who served our country. The bridges in downtown Maynard on Memorial Day would be adorned with magnolia wreathes he lovingly created and crafted. He was a member of the Maynard-Clinton Lodge of Elks, VFW Post No. 1812 and the American Legion Post #235.

In July of 2021, the family held a celebration commemorating the 60 years of ownership and running of Hawes Florist. He was honored with proclamations from the Town of Maynard, the House of Representatives and Senate of the State of Massachusetts. It was a time which friends and family had to share with him about his life and what he meant to them in their interactions with him.

Our dad worked in the flower shop tirelessly until two days shy of his 90th birthday. He said to him it wasn't work because it was his passion. Memorable occasions in people's lives included masterpieces created by Vic "the blue-eyed Polish Leprechaun". Moving into the technology age of ordering was frustrating to him, because the computer blocked the personal touch. He immensely enjoyed discussing with customers the many options that were available to them to be able to create something unique for them and the occasion. He was a very social person and always enjoyed listening to as well as sharing stories with the backroom gang and the customers.

Our dad was proud of his family and his town, he was the original townie. We often joked that if he lost sight of the Mill Clock Tower he would be lost. His boyhood plan of becoming a priest could never of touched more lives in a deeper way than through his passionate love of flowers and serving others. Our dad's faith was an important part of him, many hours were spent gathered singing hymns while mom played either the piano or organ. It was not unusual to find an open Bible in the bathroom or find him reading his Bible in the store when things were quiet. He always had wisdom to offer when we were facing difficult decisions and encouraged us to be the best we could be. We will be lost without him, his wisdom and guidance. I only pray that we will be good stewards of all that he instilled in us and that we will continue to pay it forward every day in his honor. We know he is at peace now, reunited with our mom and brother, and God's gardens never looked better! Love yah dad……muah!!!

Flowers were Vic's passion; his family will be honored to create tributes to him on your behalf.

Gifts in his memory may be made to Kurn Hattin Homes for Children 708 Kurn Hattin Road, Westminster, VT 05158.