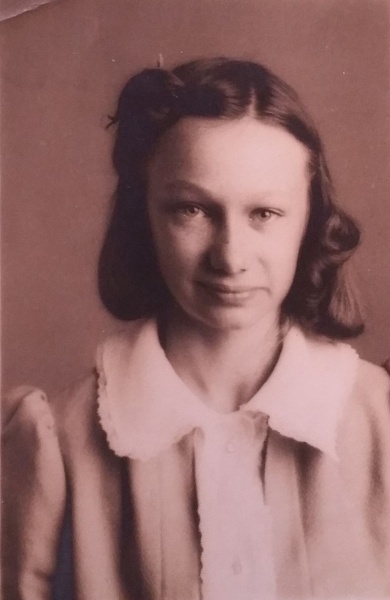 Teresa Margaret (Kataroski) Sweeney, age 90, of Easton, Maryland, formerly of Maynard, Massachusetts, passed away peacefully on Saturday, March 4, 2018. She was the loving wife of the late Edward F. Sweeney.

Born in Manchester, New Hampshire on July 23, 1927, she was the daughter of the late Louis and Stella H. (Gonet) Kataroski and sister of the late Barbara (Kataroski) Moynihan. Teresa was raised in Dedham, MA in the house built by her father and lived most of her life in Maynard, Massachusetts. She moved to Maryland in 2007 and embraced her surrounding with enthusiasm and an open heart, first living in Rockville and then in Easton, on Maryland's Eastern Shore.

Teresa and Edward were married in a beautiful church wedding in Dedham, MA in 1954. They were both devoted Catholics and she dedicated her life to her husband and her family. Teresa enjoyed flowers, bird watching and reading. She embraced holistic health, meditation, and yoga. She joined Edward on trips to England, driving across the countryside while he rode his bike. Teresa lived her life with dignity, kindness, love and an ever hopeful optimism. Her family is a living legacy of the values she and Edward embodied. She will remain in our hearts and be lovingly remembered.