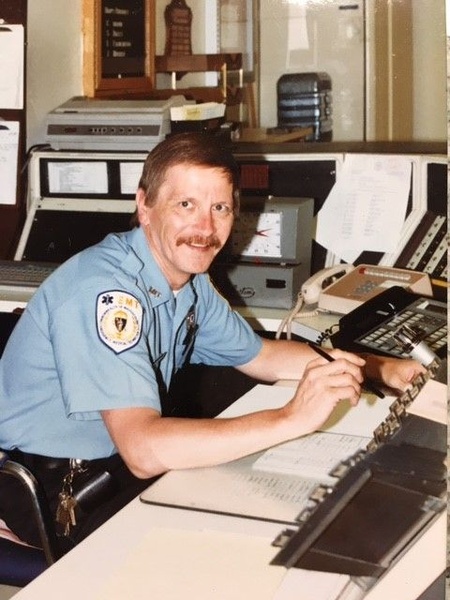 Born in Concord, Massachusetts on September 14, 1948, he was the son of Gertrude E. (Erkkinen) Hyden and the late Tayno V. Hyden. Tayno was raised and educated in Stow, graduating from Nashoba Regional High School, class of 1966. Following graduation, he enlisted in the United States Navy, proudly serving his country during the Vietnam War. After returning home, Tayno was a police officer in Stow and Sudbury before joining the MIT police department in Cambridge where he worked for thirty-five years until retirement in 2013. He received an Associate's Degree from Quinsigamond Community College and also served as a military police officer in the Massachusetts National Guard.

Tayno had a passion for fishing that was passed on to him by his father. He enjoyed striper fishing along the Cape Cod Canal and hunting in Maine. His great sense of humor and quick wit are remembered fondly. He loved a good donut with a cup of coffee. He was a member of the American Legion Post 45 in Medford where he had served as Post Commander. He was a fan of the Boston Red Sox and the New England Patriots.

Tayno had most recently resided at Bridges by Epoch in Westford. His family is grateful for the care he received there.