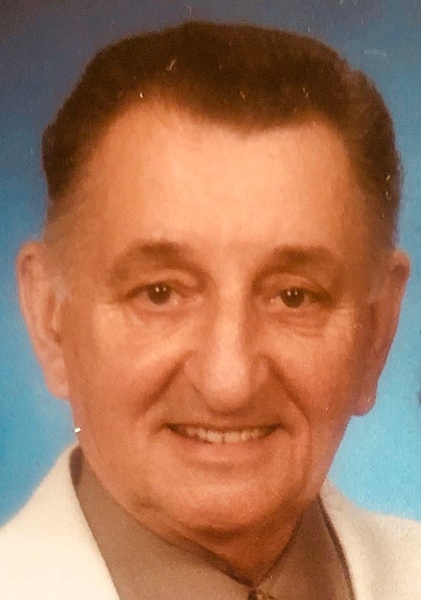 Stuart J. King, age 94, of Hudson, MA passed away peacefully and surrounded by love, on Saturday, March 14, 2020 at his home. Stuart was a lifelong Hudson resident. He was the loving and devoted husband of the late Laura Alice (Monteiro) King.

Born in Hudson, MA on March 22, 1925, he was the son of the late Loren and Elsie (Guilbeau) King. Stuart was raised and educated in Hudson, graduating from Hudson High School class of 1943. Upon graduation, Stuart enlisted in the United States Army and proudly served his country in Europe during WWII as a Military Police Officer. Following the war, he began dating Laura and a lifelong love began. Stuart and Laura married on June 5, 1949, settled in their hometown of Hudson and raised their family together.

Known for his sense of humor, Stuart possessed a plethora of bad jokes that he enjoyed sharing with others, most especially with his son-in-law, Kevin. Stuart also loved puttering around and maintaining his lovely yard. His lawn was pristine and many joked that each blade of grass stood at attention for him. He spent much time cultivating his gorgeous flowers and vegetable gardens and continued this well into his eighties. Always a man of great faith, Stuart was a parishioner at St. Isidore Parish in Stow for forty years. He regularly attended the 5:00 P.M. Mass where he served his church as an usher for 30 years. Stuart enjoyed traveling to Stowe, Vermont and Cape Cod to fish and spend time with family. He was a lifelong member of the Hudson-Concord Lodge #959.

Out of respect and consideration for the health and wellbeing of others, funeral services will be private. A memorial service to celebrate his life will be scheduled at a later date.

Gifts in his memory may be made to Homes For Our Troops 6 Main Street, Taunton, MA 02780 or at https://hfotusa.networkforgood.com/