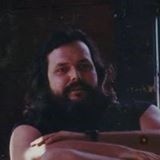 Born in Marlborough, Massachusetts on May 19, 1957, Steve was the son of the late Anthony S. Monahan and Frances J. (Bonnell) Fanning. Steve was raised and educated in Framingham, graduating from Joseph P. Keefe Technical High School with a focus on diesel and heavy equipment mechanics, class of 1975. Upon graduation, he enlisted in the United Sates Air Force and proudly served his country. He was in the 52nd TFW in Spaugdahlem Germany where he was a crew chief on the F4 Phantom. Upon returning state side he was in the 9th SRW in Beale Ca. where he was crew chief on the U2. After returning home, Steve worked for Creative Dynamics as a Field Service Manager. He also worked for Memorial Sloan Kettering Cancer Center in New York, NY as a Manager of Corporate IT Asset Inventory until his retirement.

Steve loved the Patriots and enjoyed following the career of Tom Brady. He was a Red Sox fan. He was an active member of Greenpeace and a beer connoisseur. He enjoyed all kinds music which he played on his laptop and sang to the nurses.

He is survived by his brothers Paul Monahan and wife Janice of Florida; Michael Monahan of Whitefield, NH; Bobby Fanning and wife Sharon of Acton, MA; sister Karen Ayers of Gillman, VT; and Sister-in-law Lorraine Monahan of Twin Mountain, NH. His nieces and nephews Kevin, Holly, Sean, Jenny, Shannon, Heather, Patrick, Bobby, Anthony, Matthew, and Misty. His near and dear friend Bruce Murray. He was a beloved uncle, brother and friend.
He was predeceased by his stepfather Robert E Fanning Sr., his brother Richard ( Dickie ) Monahan and niece Melanie Neil


In lieu of flowers, donations can be made to: