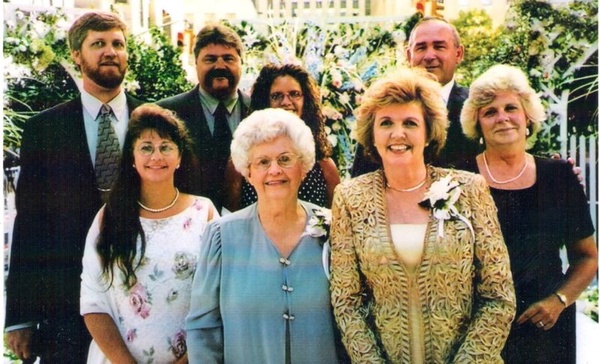 Shirley E. (Spence) Tucker age 87 and life-long resident of Maynard passed away on Saturday, February 21, 2015 at Life Care Center of Acton. She was the beloved wife of the late Kenneth Tucker.

Born in Concord on January 13, 1928 she was the daughter of the late Frank and Ellen (Koski) Spence.

Shirley and Kenneth married in 1948 and remained in Maynard where together they raised their loving family. Shirley was a devoted mother and homemaker and later worked as a teacher's aide at the Green Meadow School in Maynard. She was a longtime and faithful member of the United Congregational Church of Maynard.

She enjoyed spending time with her family as well as knitting and reading.

Survivors include her children, Susan Byrne and husband Edward of Ashby, Frank Tucker and wife Diane of Maynard, David Tucker and wife Dorothy of Littleton, Donald Tucker and wife Lynn of Goffstown, NH and the late Nancy Tucker and Lisa Hallett. She is also survived by 16 grandchildren, many great-grandchildren and her son-in-law Bruce Hallett of Lunenburg. She was also predeceased by her brothers Frank and Richard Spence.

Family and friends will gather to honor and remember Shirley on Tuesday, February 24 from 5-8 pm in the Fowler-Kennedy Funeral Home, 42 Concord St., Maynard. Her funeral service will be held in the funeral home on Wednesday at 11:00 am. Interment in Glenwood Cemetery, Maynard.