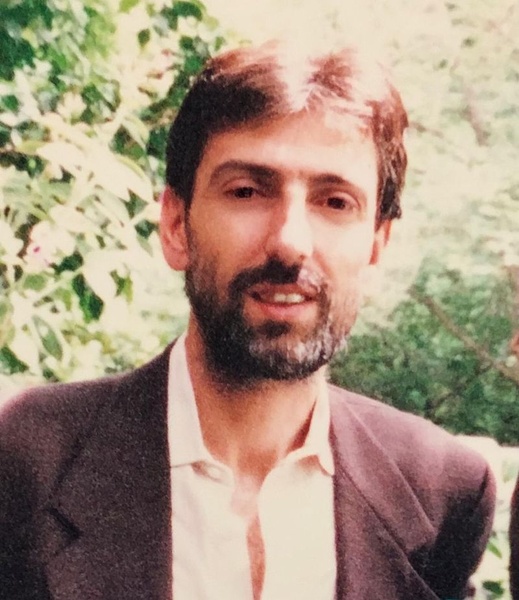 Salim Kalim Werden, age 60, passed away April 9, 2020 at his home in Maynard, MA after several months of fighting cancer with the help of the Dana Farber Cancer Institute, Brigham & Women's and Mass General Hospital. He is survived by his wife of 30 years, Ai Lean Lim; his sister Alda Wardan Srour and her husband David and sons Johnny and Roy of Lexington, MA; and his brother Nabil Wardan and wife Marie; brother Edward Wardan and wife Marcelle, their daughter Sophie and her husband Jeskar, their son Eddie Jr. ; and sister Nada Wardan, all in Lebanon.

He was born in Hadchit, Lebanon on November, 1959, the son of the late Kalim and Leila Wardan. After graduating Collège Des Apôtres, Jounieh high school, he came to the US in 1980 to study at Northeastern University in Boston, MA, where he earned Bachelor of Science and Master of Science degrees in Civil Engineering. He became a naturalized US citizen in 1997.

Salim Werden was educated as a Civil Engineer with emphasis in computer applications to structural analysis. He joined Geocomp Corporation after his work at Northeastern University where he had over thirty-five years of experience developing computer software and hardware systems for engineering analysis, automated testing systems and industrial control.

Salim's lifetime work:
Salim was Senior Software Architect for Geocomp's Products Division in Acton, MA, where he was responsible for all software aspects of the company's line of automated materials testing systems and data acquisition systems. He made the Products Division a viable business entity through his many innovations that helped Geocomp develop a full line of automated testing devices to measure the mechanical properties of soil and rock. Today these world-class systems operate in universities, research institutions, governmental labs and commercial testing labs all over the United States and in 60 countries. Salim was a key member of Geocomp's team that developed an automated testing system to measure the dynamic properties of soils to aid in earthquake design. He co-authored a paper on this work that won the Hoggentogler Award, the highest award of the American Society of Testing Materials (Committee D-18). In 1995 he helped develop a small solar powered, wireless device to monitor tilt of buildings caused by nearby tunnel construction. These devices were deployed on numerous buildings for the Boston Big Dig project for two years. This work was twenty years ahead of work by others on similar devices, all made possible by Salim's focused, hard work and brilliant mind. Salim also developed most of the fundamental components of Geocomp's iSiteCentral® system which is a Web-based GIS platform for monitoring sensors placed on facilities anywhere in the world to deliver real-time data to personal computing devices like laptops and smart phones. Today this system monitors all types of civil works structures during construction in many locations and provides warning messages of unacceptable performance to the project team via email. It is one of the top systems of its type in the world.

He loves to code and examine machine codes of microprocessors, write application for different operating systems, and develop web applications to bring data and information for computers and smart phones. He also taught himself electronics to better integrate software and hardware in Geocomp's systems. He was responsible for the development of numerous software codes to interface to industrial machines, perform engineering analyses, perform remote real-time monitoring of environmental conditions and manage large databases. Mr. Werden was a unique individual in that he was an outstanding computer scientist who also understood the real-world requirements of civil engineering and construction.

Personal side of Salim:
Salim was a private, driven man of few words in public but an engaging, thinker in one-on-one conversations. He worked hard and constantly strove for accuracy and excellence in all he considered. He was a kind and generous person with uncompromising dignity. He was generous and supportive of people and exhibited patience and comfort to those who showed dedication to their work and beliefs.

His favorite pass time in Lebanon, at the winter home was spending hours on the balcony in Jounieh watching the sea and sunsets. At the summer home in Hadchit he would sit on the terrace overlooking the mountains and valleys of Qadisha, enjoying the view and exploring new formulas for his work. Always a pen and a piece of paper next to him, just in case he got a new idea. He loved cars, music, sports, math, work and sports, including the Boston Celtics basketball, Boston Bruins hockey and New England Patriots football. His personal motto - "Be good at life".

Salim's early interest
Salim grew up with four siblings in a tight loving family. At an early age, he showed signs of mechanical engineering interest. He used to take things apart and put them back just to see how they work. Earliest memory, he started at the age of 10, took a radio apart, then a video player then other small electric appliances. His mom used to get upset with him that he would break new things apart. Then he turned to cars and learned all the names, models, specifications, engines and horse powers; to the point where he used to take his mom's car without permission and race through the towns exploring the speed and performance of the car. He then wished to become a race car driver. His dad wanted him to study civil engineering so he would take over the family business of construction entrepreneurship. He went along with the decision but he pursued his real passion of being a software engineer as well. Salim was always testing boundaries, exploring the limits and searching for excellence.

Salim Werden was a beloved husband, brother, uncle, brother-in-law, son-in-law, good friend and work colleague. He was a loving son to his parents and very supportive of his siblings, niece and nephews. We will all miss him terribly but are grateful that he passed our way in this life.

The family would like to thank the doctors, nurses and healthcare workers of Dana Farber Cancer Institute, Brigham And Women's Hospital and Mass General Hospital. In lieu of flowers, the family requests that donations be made in his memory at Brigham and Women's Hospital www.brighamandwomens.org, Dana Farber Cancer Institute www.dana-farber.org or Massachusetts General Hospital www.massgeneral.org, Boston, Massachusetts, USA.