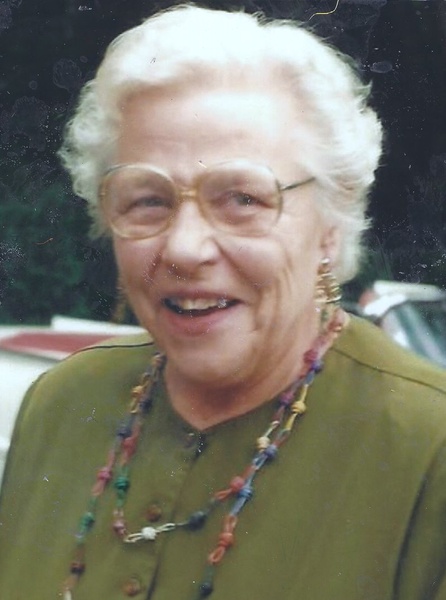 Born in Stow, Massachusetts on March 25, 1919, she was the daughter of the late Arthur Roy and Mary A. (DeLorey) Patterson. Ruth was born at home on Brookside Avenue in Stow. She grew up at Fletcher's Orchard now known as Carver Hill Orchard. Ruth graduated from Hale High School, class of 1936. She was the oldest living Alumni from Hale High School.

Ruth worked at the A & P Market in downtown Maynard for thirty two years. She was a parishioner of Saint Bridget Parish in Maynard. Ruth was a member of the Saint Bridget choir. She traveled to Europe in 1987 with the choir signing in many Catholic Churches including for the late St. Pope John Paul II.

Her funeral Mass will be celebrated on Friday, March 22, 2019 at 10:00 a.m. at St. Bridget Parish 1 Percival Street, Maynard. Burial will follow at Brookside Cemetery, Stow.

Gifts in her memory may be made to The Home for Little Wanders 10 Guest Street, Boston, MA 02135.