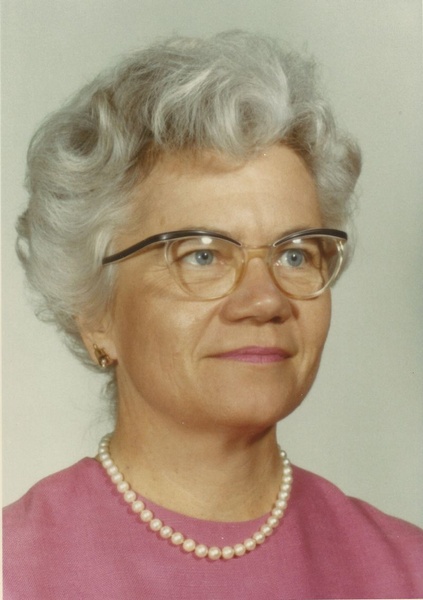 Ruth (Johnson) Fields passed away peacefully at home in Sudbury on August 14, 2020, just four months shy of her 100th birthday.

She leaves one daughter, Suzanne Steinbach MD and her husband Arden Steinbach PhD of Sudbury, MA; two grandchildren, Carl Steinbach (Silinda) of Berkeley, CA and Elizabeth Sol (Matthew) of Vancouver, Canada, and four great-granddaughters. Ruth is also survived by her niece Laura Karlsen RN (Tim) of Estero, FL, nephew Warren Johnson MD and his wife Sharmie Johnson DVM of Peoria AZ, and their mother Joy Johnson Lindholm (Ken) of Olympia, WA. She is also survived by her nephew Robert Fields (Amy) of Lancaster, PA. She was predeceased by her husband, Captain John H. Fields, and by her brother Robert W. Johnson MD.

Ruth was born in Omaha, Nebraska to Swedish immigrant parents, Carl Oscar and Ruth Ingeborg (Bjork) Johnson. She graduated from Omaha Technical High School where she participated in water ballet, debate, and was vice president of the senior class. As WWII began, she entered the Civil Service and moved up the ranks, soon serving as private secretary to the general of the Seventh Service Command in Omaha. By 1947, she had taken a post in Korea as private secretary to the U.S. Military Governors, first General Archer Lerch, a fellow Nebraskan, followed by future Medal of Honor recipient General William F. Dean, who said that when her day came, she would "go to heaven on roller skates".

Ruth met her future husband in Korea; he was assigned to the Price Control Administration in the Military Government. They were married in Omaha in 1949. A year later, Capt. Fields left for Korea with the Second Division, 38th Infantry Regiment. In 1951 shortly before his anticipated transfer home, he was killed in action.

Demonstrating her strength and resilience, Ruth overcame grief and enrolled at the University of Omaha. In 1952 with her parents and daughter, Ruth moved to Los Gatos, California to be closer to relatives. Ruth graduated from San Jose State University and began a career in teaching junior high school English and history. A dedicated and inspiring teacher, she spent 27 years in the Saratoga school district. She was elected to Delta Kappa Gamma, an honorary educational organization.

On retiring from teaching, Ruth assumed a new position with her daughter's family: "grandmother in residence". She cared for her grandchildren, then an infant and toddler, and cherished every moment with them. The family moved to Sudbury, MA in 1987. Ruth participated in the League of Women Voters and Sudbury Woman's (sic) Club, serving as Treasurer, Secretary, and three terms as President. She worshipped at Sudbury's St. John Lutheran Church and made many friends there. In her 80's she volunteered with the Bridges Program, spending time with 4th graders at Haynes School, and she served as a "play lady" in the Boston Medical Center Pediatric Clinic.

Ruth enjoyed gardening, knitting, and entertaining. A loving parent and devoted friend, she lived with strength, passion, humor, generosity, gratitude, and unwavering faith. Her fortitude and resilience led to a long and happy life. Though, she outlived many of her friends and family, she is still remembered and missed every day by those who are left, especially her daughter, son-in-law, and grandchildren. Due to Covid restrictions, graveside services were private. As she had long planned, Ruth was buried next to her late husband at Hillcrest Memorial Park in Omaha, NE.