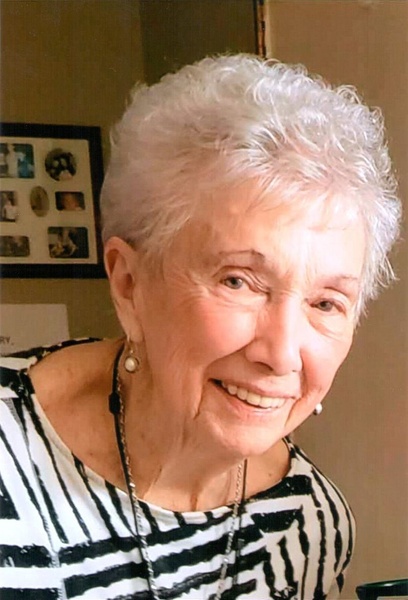 Rosalie Ann (Gonyea) Poitrast, age 87, of Maynard, passed away peacefully on Friday, April 5, 2019. She was the wife of the late Joseph J. Walsh and also the late Francis X. Poitrast.

Born in Boston, Massachusetts on June 6, 1931, Rosalie was the daughter of the late Stanley and Veronica (Barr) Gonyea. Rosalie was raised and educated in Lowell. She attended Keith Academy in Lowell graduating with the class of 1949. Rosalie met her first husband Joseph and they married on December 6, 1951 at Saint Bridget Parish. The couple settled in Maynard on Fairfield Street and together raised six children who were their pride and joy. After Joseph's sudden passing in 1970, Rosalie was fortunate to find love again, and married Francis X. Poitrast in June of 1973. She then became the loving stepmother to Frank's three grown children, Dennis, Stephen, and Francine.

Faith and family were most important to Rosalie. She was a parishioner of Saint Bridget Parish. She loved spending time with her grandchildren. Rosalie also enjoyed spending time with her close friends. She had a great sense of humor and a quick wit. She enjoyed dancing, theatre and music. Rosalie enjoyed many years working at Russo's Restaurant where she met many of her closest friends. She took great pride in her home. It was always a welcoming place for family and friends to gather.

In lieu of flowers, donations in Rosalie's memory may be made to The Children's Room 1210 Massachusetts Ave, Arlington, MA 02476, which provides caring support for grieving children, teens and families.