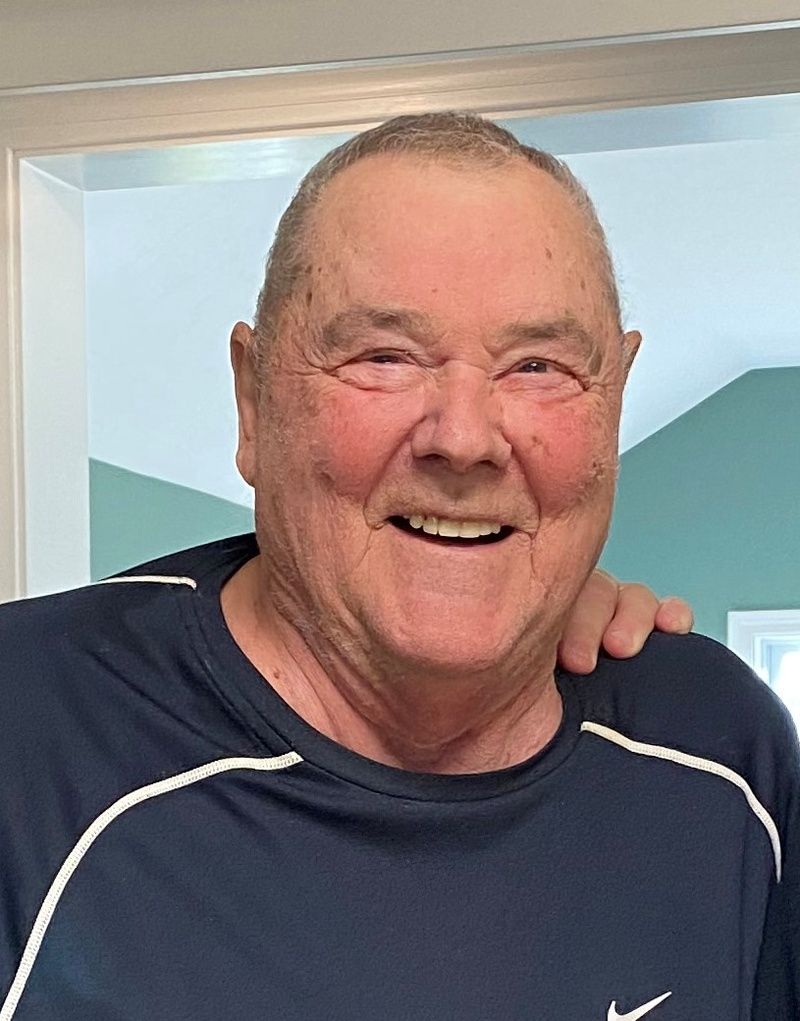 Roger S. Murray, age 85, of Maynard, passed away peacefully at his home on Tuesday, February 8, 2022. He was the loving husband of the late Kaija (Kathleen) Murray.

Roger was born on March 31, 1936 in Concord to the late Archie and Janet (Miller) Murray. He was raised and educated in Maynard, graduating from Maynard High School, class of 1954. Highschool sweethearts, Roger and Kathy married on December 1, 1957. They settled in Maynard and lovingly raised their three children.

Roger was a member of the 1953 Maynard High School Basketball Championship team. The team was inducted into the Maynard Hall of Fame's inaugural class in 2006. Roger was a State Class C All-Star in 1953 and he was selected Captain of the 1954 Basketball Team.

After graduation, Roger worked as an Engineer at Raytheon for the Space and Information Division and obtained his associate degree at Northeastern University. Roger served three years in the ARMY National Guard, including six months of active duty. He was most proud of his efforts to support the first successful Lunar Apollo Flight to the moon (December 1968). For Roger's contributions to the mission, he was awarded an honorary medallion containing metal carried by the Apollo 8 crew. Six months later, man first walked on the moon in July 1969.

Roger left Raytheon to pursue his dream of owning a pub, the "Ye Olde 117 House" located in Sudbury, MA. For fifteen years, Roger and Kathy were successful proprietors of a casual and friendly place for people to gather for good food and drink. Roger decided to sell the business after efforts to expand the restaurant business were derailed. He often told stories of the long-dedicated employees that had become family and missed so much.

Roger returned to Raytheon working site project engineering positions at VAFB, CA and other international locations until he retired from what he referred to as "the greatest company".

Roger had a passion for horse racing, especially time at the track in Saratoga, NY with friends and family. He enjoyed poker and golf with his buddies. Roger was an avid gardener, a love he shared with Kathy. He enjoyed food, laughter, and a good debate with friends. Roger planned yearly family vacations to Cape Cod for the beaches, marinas, and restaurants. Roger and Kathy also traveled to Hawaii, Florida, the Caribbean and Finland, the birthplace of Kathy.

Roger was a devoted husband and father. He coached youth sports and attended his children's sporting events and extracurricular activities. Roger, known as Grampy, loved every moment with his grandchildren and great grandchildren.

Roger is survived by his children, Lisa A. Murray of Acton, MA; Stuart S. Murray and wife Tina of Littleton, MA; Keith P. Murray of Maynard, MA and Aimee Murray of Acton, MA; his grandchildren, Taryn Sundberg, Elena and Griffin Murray, Chris and Nick Murray; his great-grandson, Thomas McCann; and his sister, Jean Haynes of West Rockport, ME. Roger was predeceased by his brother-in-law David Haynes. Roger was uncle to beloved nieces and nephews and their families.

A private service will be held February 19, 2022, at the Fowler-Kennedy Funeral Home, followed by the burial at Glenwood Cemetery, Maynard.

In lieu of flowers, donations in Roger's memory may be made to the Maynard Community Chest https://maynardchest.org/ or the Maynard Booster Club, 3 Tiger Drive, Maynard, MA 01754 (phone 978-897-6168).