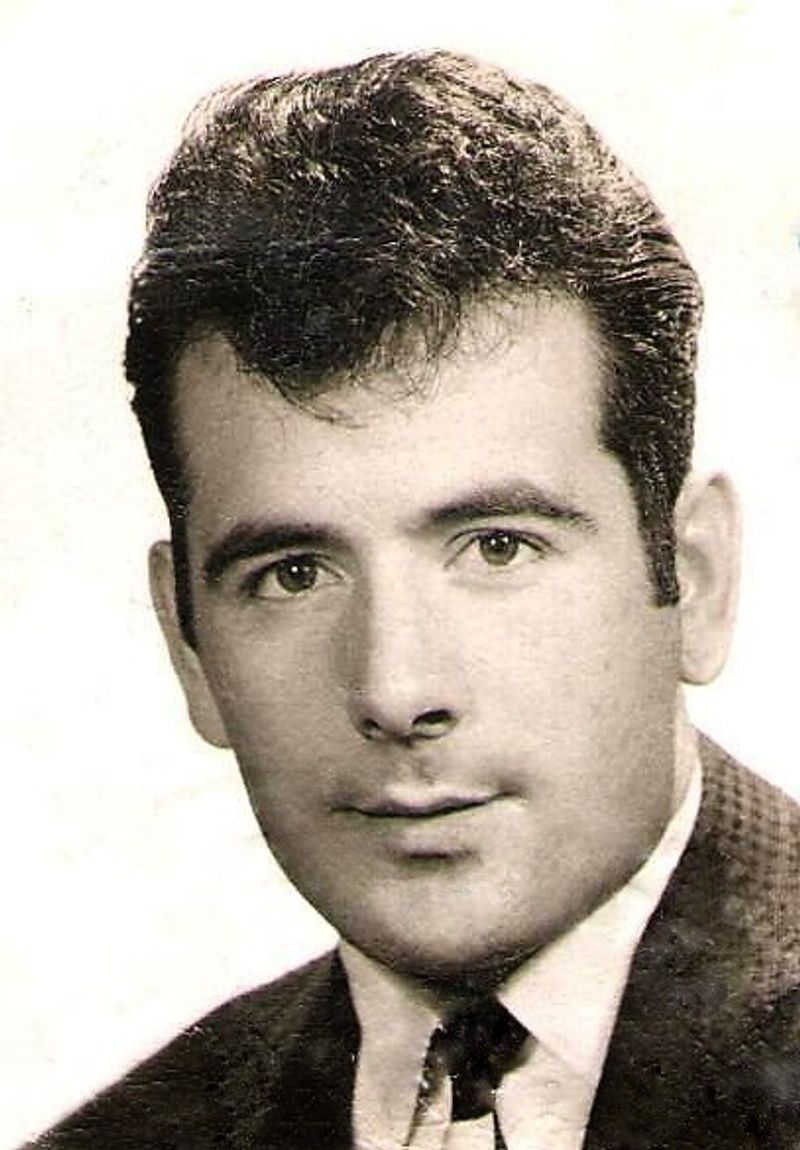 Rocco was Italian and proud! He was born in Palermiti, Calabria, Italy, In 1937. He loved his family and was extremely close to his beloved mother, Maria. In fact, he was what one would call a true Mammone (which is the Italian version of a Mamma's boy). Rocco enjoyed singing opera music, playing bocce ball, tending to his garden, eating pasta, making wine, watching The Price is Right and Jeopardy, traveling, the beach, fancy clothes and getting lost in conversations while meeting up with friends and family.

Rocco also enjoyed watching and betting on dog & horse racing at the Raynham and Rockingham Tracks. He won some and lost some but truly enjoyed himself while doing it. One of the earliest memories his nieces and nephews have of Rocco is of him winning big and giving each of the kids $100. Back in 1984, $100 was equivalent to about $268 today. A couple of the kids remembering exactly what was purchased with this $….their very first Nintendo console!

Rocco generously offered his time and attention to all of his loved ones. He was more or less the family chauffeur at one point in time, driving family members near and far to various events, doctor appointments, trips to the beach, etc. He enjoyed doing this. He simply loved to spend time with and help the ones he loved!

Rocco was a catholic man of faith and attended St Bridget's Church. He looked forward to attending The Feast of The Madonna Della Luce in Hull every summer in August. This was a picnic gathering of Italian families where they would feast over freshly cooked Italian meals, attend a mass and pray to The Madonna, dance and have fun. He also enjoyed his trips to Palermiti for the month long feast in August.

Rocco was strong and proud (physically and mentally). In his earlier years, he was a competitor in The Golden Gloves Amateur Boxing. He was also very handsome. He was often seen cruising around town in his 1958 red Ford Convertible and had many of the young ladies quite smitten over him!

Like many Italian Immigrants, Rocco and his family came to America to look for a better life. In 1955, at the age of 18, Rocco and his father, Pasquale and sister Maria set forth to The United States. They resided in Maynard, MA where Rocco's grandfather helped him find his very first American Labor Working job. Rocco helped to make ends meet and save enough money to bring over the rest of the family from Italy (they all came to the states 3 years later).

Rocco was eager to learn and take advantage of the endless opportunities he had in his new home country. In his spare time, he read many books and educated himself on machinery/tool making. Eventually, he started his career working for Millipore in Bedford, Ma as a Machinist. He really enjoyed and took pride in being a Machinist. So much that he recruited a couple family members to join him on the trade. Rocco retired with Raytheon at the age of 62. His mindset was clear. He needed to devote his time to caring for his loving, sick mother.

Rocco spent over 60 years in the home that he and his family moved to in 1955. They generated a lifetime of memories there through holiday dinners, birthday parties, BBQ's, and Sunday family gatherings. Rocco moved out of the family home in 2018. He then moved to The Summerhill Glen Apartments in Maynard where he would live the rest of his years.

Rocco passed away peacefully on the morning of Saturday February 5th, 2022. Although his family misses him dearly, they know that he is at peace with loved ones by his side. He lived a great 84 years!

Per Rocco's request, the funeral services will be private. In lieu of flowers, please consider donating to the Cure Alzheimer's Fund by visiting curealz.org.