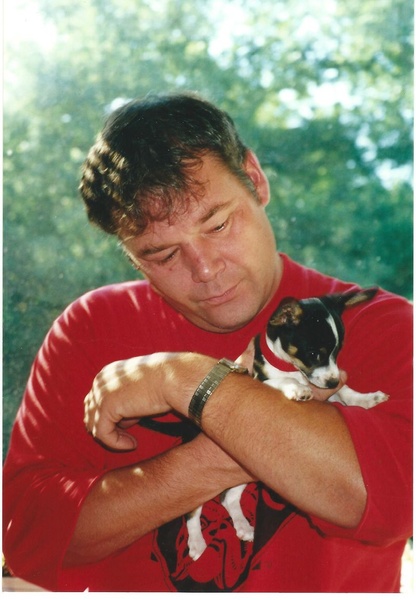 Robert M. Owen, best known as Mike, passed away on June 6th in Dayton, OH. He drove long-haul trucks for decades until the rigors of that profession caught up with him, then he succumbed to aggressive cancer in just two weeks at Kettering Hospital.

Mike has lived in Farmersville and Dayton OH for the past decade plus. He also lived in Massachusetts and southern NH for the majority of his younger years. He graduated from Tenney HS in Methuen, MA. Mike remained a New England sports team fan for his entire life, especially the Boston Bruins.

Mike's father Gene, mother Vivian, and older brother Dan all predeceased him. His remaining family include his niece Jill Owen and her two children in New Hampshire, as well as his cousins Suzanne Baratta, George Sampson, Harry Levasseur, Tony Davis and Liza Marcott. In addition to Mike's group of family and life-time friends in New England, his father Eugene (Gene) Owen has extended family still residing in the Hattiesburg, MS area. "Big Mike" is also fondly remembered by his second cousins, the Barattas, who grew up looking up to him with the love and respect of an uncle figure; Carl, John, (little) Mike and Christina will miss him a lot.

Mike's chihuahua Lucy was the love of his life and lived to age 17. This is why the photo of him and Lucy as a pup was chosen for this memorial - one of his favorite pictures. Lucy covered the US in the cab of his truck as his co-captain, stealing his toll coins to hide under his bunk, guarding the truck fiercely, and returning undying love to her best friend. Mike was an excellent cook, and was convinced that he'd beat the odds in Powerball and treat all of his loved ones, but most of all he was a quiet loyal friend. His illness took him rapidly, and thankfully he died peacefully in his sleep shortly after a virtual visit with some of his family.

Mike will be cremated in Dayton and his ashes will be interred with his grandmother and mother in Glenwood Cemetery in Maynard, MA. Due to his loved ones being spread widely across the US and the travel restrictions in place due to the Coronavirus, no services will be held. In lieu of flowers, a donation to the American Humane Society would be fitting as a way to remember Big Mike. http://americanhumane.org/