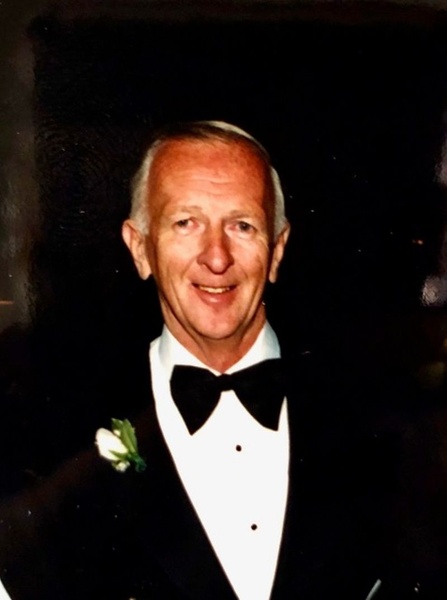 Bob was born in Concord, Massachusetts, on August 4, 1937, to Matti and Mary Matson. He attended local schools, graduating from Maynard High School in 1955.

In keeping with family tradition, Bob joined the United States Army in 1956. After completing basic training, he served with the 10th Mountain Division as a light infantryman in Bamberg, Germany. Bob was on active duty for two years and then transitioned to the Army Reserve, where he concurrently worked for Raytheon Technologies. Bob retired from the reserves in 1962, after having achieved the rank of Sergeant (E5). He earned a Good Conduct Medal and received an honorable discharge.

Bob left Raytheon to spend the next 20 years in the insurance and securities business, working for New York Life, Travelers, and Prudential. He was highly regarded and received numerous awards and accolades.

Bob stepped away from the insurance and securities industry to pursue a career working for city government organizations in the Greater Boston area. He worked for the Boston Fire Department, assisting the city's first responders. Throughout his time working for the city he also kept himself busy as an independent contractor in property management from which he recently retired.

Serving the community was a central focus for Bob; he dedicated his time and talents to The Boys Club of America and the March of Dimes. He was honored by those organizations and received many awards and praise for his service. Bob also served in a leadership role with Waltham Jaycees. Political campaigns and neighborhood watch programs all benefited from Bob's passion for his community.

Bob had an insatiable appetite for reading; he particularly loved reading news articles and financial periodicals. He found great joy in staying connected with his fellow veterans. He cherished time celebrating special occasions with family and traveled throughout the country to be present for family events. He had a passion for all local sports teams and enjoyed cheering on the New England Patriots, Boston Red Sox, Celtics, and Bruins. His hobbies included collecting coins, maps, and stamps.

Bob held a special place in the hearts of many people. Bob's sister, Mary Ann, said, "He truly blessed me in many ways, particularly in my running career. He was always supportive and a great encourager." Bob was proud of his children and had his own way of showing it. He was dependable, generous, and a pillar in his community. Bob will be deeply missed by all who knew and loved him.

Bob is survived by his long-time companion, Judith Carlson, of Reading, MA; his sisters, Mary Ann Matson of Nashua, NH; and Joan (Matson) Willett and her husband Richard of Ludlow, VT; his sons, Rob Matson and his wife Elizabeth of Castle Pines, CO; Glenn Matson and his wife Stephanie of Las Vegas, NV; and his daughter, Elizabeth Van Vechten and her husband Brian of Castle Pines, CO; 10 grandchildren and three great-grandchildren. He was predeceased by his father, Matti Matson, in 2013; his mother, Mary (Zelukiewicz) Matson, in 2006; and a grandson, Jacob Van Vechten, in 2019.

Due to the current restrictions, Bob's visitation and burial at Glenwood Cemetery will be private.

A Celebration of Bob's life will be held at a later date.

In lieu of flowers please consider a donation in Bob's name to an organization that he was devoted to: The Happy Crew (http:thehappycrew.org) or your preferred charitable organization.

My Dad's nickname is Bob. Dad was a very hard worker. He always went the extra mile in all that he did. He received numerous awards while in the insurance business. He was passionate about his community (Beacon Hill) in Boston. He was the person that if he witnessed someone needing assistance, he couldn't get to them quick enough to help. He served on the safety committee, worked for the city and fire department. He was a building inspector and zoning officer for the city of Newton. Worked for the Mayor's office in Boston as a neighborhood coordinator and zoning officer. He took pride in his personal relationship with Mayor Kevin White. He was so excited when someone captured a picture of him shaking hands with Mayor White's wife during his funeral procession and quoted him in the newspaper. He was very outgoing in his community, getting to know everyone he would see on the streets of Boston on a regular basis. He developed strong relationships at his favorite restaurants. Once he found a restaurant he loved, he would frequent it for both food and conversation. He would get to know the owner, become a loyal customer, and would spread the word quickly to promote the local business. He had a reputation for being the "two dollar bill man". He was a generous tipper, especially if he could have a conversation with you, and would always add two dollar bills to the tip for fun. He was very consistent sending birthday, anniversary and Christmas cards to his children, their spouses, grandchildren and great-grandchildren. They would always include a hundred dollar bill, two dollar bill and a gold one dollar coin. Living in Boston, he mainly got around on foot, bike and subway. He was passionate about making sure the rules were being adhered to and was constantly cleaning as he was walking the streets of Boston. He wasn't afraid to approach anyone to let them know they were breaking a rule or being disrespectful to the environment. There were numerous articles about my dad in the Beacon Hill Times commemorating him for his passion for the community. He has been referred to as the unofficial watchdog and most energetic concerned activist. You could find him sweeping and shoveling stairs and walkways on a regular basis and not just his own. He had a strong appreciation for a good joke and was eager to share it. He was always in the know on what movies and television shows were being filmed on the streets of Boston. He would make attempts to be onsite at shows being filmed and personally meet the celebrities. If you visited Boston, he was eager to give a tour of all the sites along with a drive by of celebrity homes. He loved to travel. He was eager to attend his children's high school graduations in Germany and Hawaii, given the destinations. He was a creature of habit. Ordered pizza every Friday, met with friends in Waltham every Monday for coffee to chat about the professional sports teams, politics, and current events. He visited the Hamptons yearly to watch Alec Baldwin play in a celebrity soft ball tournament and strike up a conversation with him. He was always enthusiastic to celebrate the 4th of July on the roof top of his building every year with champagne, close friends and a perfect view of the fireworks and the Charles River. He had a passion for the ocean and seafood! Loved going to Gloucester, Marblehead, Nantucket and Revere just to drive along the coast, take a walk and take in its natural beauty. Loved special events with an excuse to wear his personal tux. At events, if there was dancing, he was always on the dance floor. Was always excited for a chance to show off his polka skills. He valued many long lasting friendships. He was very dedicated, loyal and trustworthy. He made it a habit to keep in touch with friends and family. He was a great encourager for his sister running races in Boston. Would always attend and encourage racers at the Boston Marathon, even when his sister wasn't competing.