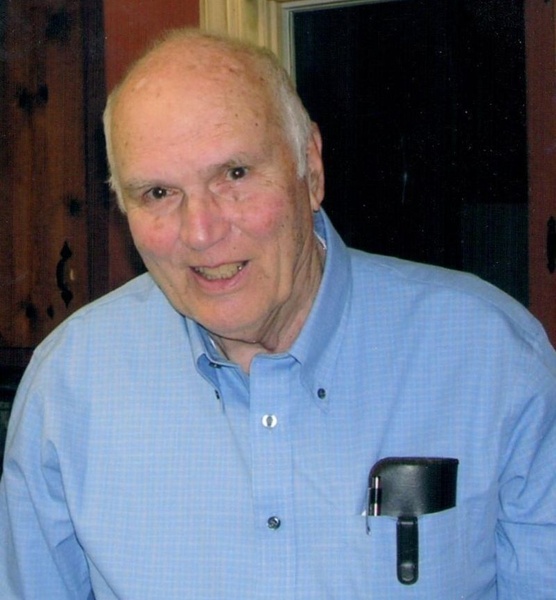 Robert F. Derby, age 90, of Stow, passed away peacefully on Monday, May 28, 2018. He was the loving husband of the late Janet L. (Goucher) Derby who recently passed away.

Born in Concord, MA on January 2, 1928, he was the son of the late Robert W. and Eleanor (Fletcher) Derby of Stow. Robert was a lifelong Stow resident. He graduated from Hale High School, class of 1946.

Robert "Bob" was a wonderful husband, father, grandfather, great-grandfather, and brother. He was active in the Stow community, and in his early years served on various town boards. In 1949, Robert started RH Products, a local adhesive business in Acton, MA, with his father and was later joined by his brother Roger and he remained active in the business until 2008. Bob enjoyed reading, catering to the birds at his home, and all things American history. He was one of the founding members of Stow Minutemen, loved music (particularly the Black Eagles Jazz Band), watching trains, and any type of sticky treat with his daily coffee. He and his wife enjoyed summers at their lakeside cottage in Maine and their trips to Hawaii, Alaska, Myrtle Beach, and Amish country.

Robert will forever be remembered by his children; daughter Cheryl B. Hevey and her husband Marc of South Hiram, ME, son Keith A. Derby and wife Leslie of Northborough, MA; grandchildren and their families, Keith and Allison Hevey (great-grandsons, Liam and Elias), Nicholas and Samantha Derby (great-grandson Parker), and Kyle Derby. Robert is also survived by his sister Elizabeth MacGilvra and husband Bruce, sister -in-laws Alice Mortensen and husband Richard, and Nancy Grant and husband Donald; brothers-in-law Richard Goucher, Theodore Goucher, and Albert "John" Sagar. Robert will also be forever remembered by his numerous nieces, nephews, extended family and dear friends. He was pre-deceased by his brother Roger N. Derby and sister-in-law Carole Derby, sister-in laws Loretta Sagar and Renee Goucher.

Family and friends will gather to honor and remember Robert on Thursday, June 7, 2018 from 4:00 p.m.-6:00 p.m. at the Fowler-Kennedy Funeral Home, 42 Concord Street, Maynard. A private family burial will be held on Friday, June 8th.

In lieu of flowers, donations may be made to: Randall Memorial Library, 19 Crescent Street, Stow, MA 01775.