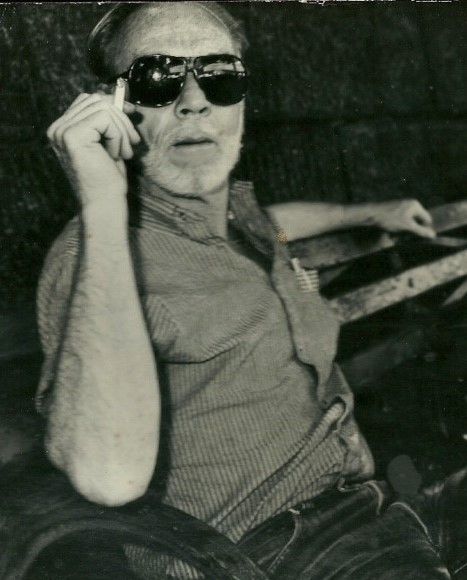 Robert Webb Ames, age 90, of Boston, died on Tuesday, May 17, 2016 at Parlin Hospice in Wayland, MA as a result from a fall and complications from Parkinson's Disease.

Born in Southern California on July 20, 1925 he was the only son of the late William Ames and Betty (nee Webb) Ames. Bob grew up in Los Angeles, often visiting his grandparents, aunts and uncles' homes in Long Beach, CA. With the bombing of Pearl Harbor, at 17 years old, Bob enlisted in the US Navy at 17 years old, with his parents' consent- along with many of his senior high school class. He served his country in China and Taiwan. Upon an honorable discharge, Bob returned to California, attended jazz clubs in West Hollywood, and spent a summer as the pool boy for the writer Thomas Mann. In Chicago, on the GI Bill, he attended and graduated from the Illinois Institute of Technology, where he was mentored by Ludwig Mies van der Rohe, earning a degree in Architecture. Bob remained committed to modernist aesthetics throughout his life. He worked for firms in Chicago, including Skidmore, Owings and Merrill; in Virginia, he was the first architect at William and Mary College since Sir Christopher Wren and also taught architecture there. In New York, he worked as head architect for AVIS Rental Car and designed the company's iconic logo still in use. After relocating to Sudbury, MA to the ancestral home of his wife Lois, he worked as an architect in Boston. After their divorce, he moved to Boston, where he continued working for local architectural firms, including CBT and Bruner Cott.

Active early in the Civil Rights movement, he and his wife traveled to Washington to participate in the March for Jobs and Freedom in 1963. They also attended the Unitarian Fellowship in Newport News, VA because it offered integrated services and served on a committee to end segregation. He received a commendation from the Southern Council Leadership of VA for his work. As the architect for Willian and Mary College, Bob designed its first integrated bathroom in the early 1960s.

Bob enjoyed traveling to Europe, especially Italy where he could see the art and architecture he so greatly admired. He also traveled extensively in Eastern Europe and made frequent trips to London. He had a passion for opera, especially early music on the continuum from Monteverdi to Mozart, with special love for the operas of Handel.

Bob was also a talented artist and excellent draftsman. He often carried a black-bound sketch book on his travels to Europe where he replicated the detail of a Baroque cathedral or feeding pigeons, and he also wrote poetry. In later years, he created postcard collages that display his often irreverent wit.

Known as a kind and gentle man with a wry sense of humor, he was well known for keeping in touch with old friends, including those from his California childhood, architectural colleagues and friends he met in his European travels. He always insisted that family was very important and appeared at all family functions.

A service to bury his ashes will be held on Saturday, May 28th in Sudbury, MA at 11 a.m., and at 12:30 a public memorial celebrating his life will be held at the YMCA on Huntington Avenue in Boston.