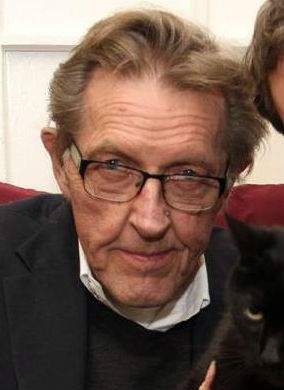 Richard was born in Brookline on February 21, 1945 to Richard J. and Mary E. (Theriault) Wellner. He was raised in Brookline and Maynard, and graduated from Maynard High School in 1963. He put himself through college, earning his BA at Northeastern University while holding down a full-time job and starting a family. Later, he received an MBA from Babson College.

Richard had a successful career as an insurance broker in Boston with Jardine Matheson, Corroon & Black, and most recently Knight International. He had an entrepreneurial vision, and left insurance in 1979 to become owner and principal of Captain Video in West Newton, one of the original video rental stores. He had a keen interest in politics and religion, and enjoyed vigorous debate. But more than that, he was an outgoing, charming conversationalist, thrilled to engage with anyone he met.

There was nothing more important to Richard than his family: his daughter Kristin Lee Sulka, her wife Jill Sulka, and his grandchildren Cody and Sabine Sulka; his son Damon Richard Wellner; and his daughter Brittany Wellner James, PhD.

He was especially grateful for the support of his cousins Daryl Bariteau, Roger Direng, David Peterson, and in his later years, and the continued care of Brittany's mother Terri Wellner.

Family and friends will gather to honor and remember Richard Monday, Nov. 23 from 10:00 am – 12:00 noon at the Fowler-Kennedy Funeral Home, 42 Concord St., Maynard followed by a graveside service at 1:00 pm at Glenwood Cemetery, Parker Street, Maynard.

Donations in his memory may be made to National Parkinson Foundation, 200 SE 1st Street, Suite 800, Miami, FL 33131. www.parkinson.org