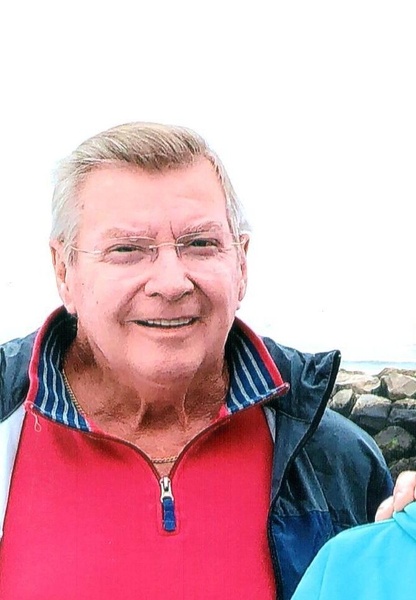 Born in Lisbon, Maine on March 5, 1944, he was the son of the late Milton and Ernestine (Blais) Robbins. Dick was raised and educated in Lisbon, graduating from Lisbon High School class of 1962. Dick went on to attend Wentworth Institute of Technology in Boston. He graduated in 1964 with an Associate's Degree in Building Construction Management. Dick proudly served his country in the United Sates Coast Guard.

Dick and Tudy met in Boston while attending college. The couple married on September 3, 1966 at Saint Bridget Parish in Maynard. They settled in Maynard with their family in 1971. Dick worked as the Vice President of Construction for Lee Kennedy Company Inc. in Quincy for many years, retiring in 2011. In 2013 the family moved to their home on Plum Island. The couple spent winters in Clearwater, FL and summers on Plum Island. Dick loved to spend time on the beach and looked forward to happy hour and time spent with friends enjoying his favorite beverage, Tito's and tonic.

Family was most important to Dick. He loved to travel to the Caribbean Islands. Most recently the couple celebrated their fiftieth wedding anniversary in Hawaii. Dick was an avid sports fan and enjoyed following the Patriots, Red Sox and Bruins. He also enjoyed puttering in his yard in Maynard and maintaining his vegetable and flower gardens.

Family and friends will gather to honor and remember Dick on Friday, February 15, 2019 from 4:00 p.m. - 8:00 p.m. at the Fowler-Kennedy Funeral Home, 42 Concord Street, Maynard. His funeral Mass will be celebrated on Saturday, February 16, 2019 at 10:00 a.m. at St. Bridget Parish 1 Percival Street, Maynard. Burial will follow at Glenwood Cemetery in Maynard.

The Robbins family greatly appreciated the care Dick received in his final days at Care Dimensions Hospice House in Lincoln Gifts in his memory may be made to; Care Dimensions 75 Sylvan Street, Suite B-102, Danvers MA 01923.