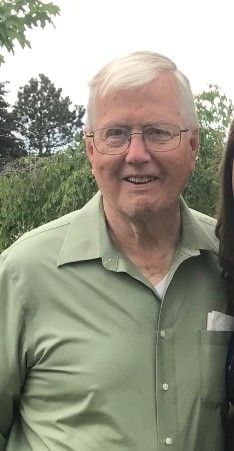 Richard A. Goucher, age 82, formerly of Stow, passed away peacefully on Friday, January 31, 2020 after a hard-fought battle with his health. Richard was the loving husband of the late Renate (Fischer) Goucher and they shared forty-eight years of marriage before her passing in 2009.

Born in Concord, MA on January 10, 1938, he was the son of the late Robert and Barbara (Swift) Goucher. Richard was raised and educated in Stow, graduating from Hale High School class of 1965. He proudly served his country in the United States Navy from September 18, 1956 to September 9, 1960. Richard and Renate married on May 26, 1961. The couple settled in Stow and raised their family together. Richard was a volunteer fireman for the town of Stow for five years and also worked at Erkinien Buick for many years. The family moved to Honolulu, Hawaii in 1976 to pursue a car rental business. Returning in 1979, the family settled in Maynard.

Family and friends will gather to honor and remember Richard on Wednesday, February 12, 2020 from 4:00 p.m. - 8:00 p.m. at the Fowler-Kennedy Funeral Home, 42 Concord Street, Maynard. A private family burial will be held.

In lieu of flowers donations may be made to the ALS Association Massachusetts Chapter 685 Canton St #103, Norwood, MA 02062 or American Heart Association 300 5th Ave, Waltham, MA 02451