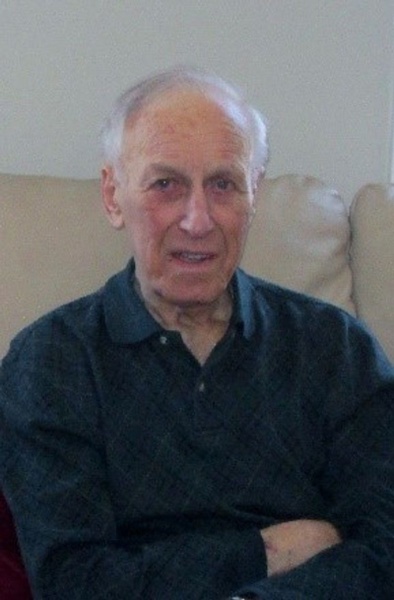 Dick was born on March 11, 1932, to Stephen and Jennie (Luczko) Dargiewicz in Maynard, Massachusetts. He graduated from Maynard High School in 1950 where he had enjoyed playing baseball and basketball. After high school, sports were still an important part of his life. In 1951, he was a member of a group of young men who organized a semi-pro basketball team called the Nomads. This was during the time when Maynard did not have a town supported basketball league or court to play on. The team had to play all games on "foreign" courts.

In February of 1954, Dick was drafted into the U.S. Army He was stationed in Frankfurt, Germany with the rank SP3 (Specialist Third Class). While in Europe, he had the chance to tour Austria, Switzerland, Italy, and France. He returned to Maynard in January of 1956.

After his time in the service, Dick studied at Northeastern University Lincoln Institute and earned an Associate in Engineering-Mechanical in 1962. He worked as an engineer at Raytheon for about 30 years.

Maynard was Dick's home for 71 years. During that time, he was a member of Saint Casimir Parish and the Maynard Community Band. He participated in bowling, basketball and softball leagues. He also played golf and did some skiing. Dick's greatest passion was tennis and played in singles as well as doubles matches. In the 1960's, he participated in the Beacon Tennis Tournaments. With his "blasting forehand and steady backhand", he was a competitor to beat and won some of the tournaments he played in. Throughout his life, Dick exercised and stayed active.

Dick and his brother, Bob, moved from Maynard to Townsend in 2003. Being closer to family allowed Dick to attend track meets, ball games and dance recitals to cheer on his grandnieces and grandnephew. In 2017, the brothers moved to RiverCourt Residences in Groton. Just a few weeks ago, family visited Dick during his birthday week to celebrate his 90-year-old milestone. Those who could not attend, sent a video of their birthday wishes. There were homemade cakes, cookies and puddings to enjoy. Also, a slideshow of pictures that Dick had taken over the years of family events was shown. This and a poster of pictures sparked memories and conversations.

Dick was predeceased by his father Stephen Dargiewicz (1948), mother Jennie (1998) and sister, Irene (Dargiewicz) Kangas (2001). He is survived by his brother Robert (Bob) Dargiewicz of West Groton, MA; nephew Howard Kangas of Pepperell, MA; nephew Richard Kangas and his wife Carol of South Acworth, NH; and niece Barbara (Kangas) Dodson and her husband Jeff of Groton. Dick has six grandnieces, three grandnephews, three great-grandnieces and four great-grandnephews from Maine to California.
Dick will be remembered for his dry sense of humor, generosity, love of sports, devotion to family and especially his dedication to taking care of his mother, sister, and brother. Na zdrowie, Uncle Dick.

Family and friends will gather to honor and remember Dick on Friday, April 15, 2022, a private viewing for family members will be held from 10:00 to 11:00 AM. A public viewing will be held that same day from 11:00 – 11:30 AM followed by his Funeral service at the Fowler-Kennedy Funeral Home, 42 Concord Street, Maynard MA. Burial will follow with U.S. Army Military Honors at St. Bridget's Cemetery Great Road, Maynard, MA.

In lieu of flowers, the family requests that donations be made in Dick's name to the Boys and Girls Club of Assabet Valley, 212 Great Road, Maynard, MA 01754. This organization has been providing activities and sports programs for youth in the Maynard area for over 40 years. https://www.bgcav.org/