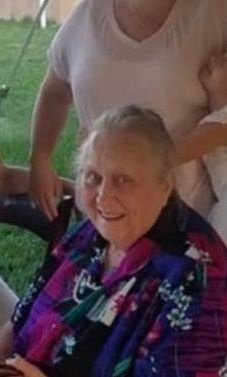 Priscilla M. (Falt) Veracka, age 83 of Stow, passed away peacefully on Saturday, March 30, 2019 at Emerson Hospital, Concord. She was the loving wife of the late Frank G. Veracka Sr.

Born in Waltham, Massachusetts on May 2, 1935, Priscilla was the daughter of the late John Falt and Alice R. (Brayman) Lawson. Robert Lawson adopted Priscilla after Alice and Robert were married. Priscilla was raised in Waltham until 1945 when her family moved and settled in Stow. Frank and Pricilla met through family friends and married on September 3, 1955. The couple purchased their home in Stow on Old Bolton Road and moved in that Memorial Day Weekend.

Priscilla worked at the Whitney Homestead Rest Home in Stow for twenty-five years as a Personal Care Assistant. She was a Certified Ceramic Teacher. Priscilla served as President and secretary to the Auxiliary of VFW Post 1812 as well as treasurer to the Mass. Sate VFW.

The Veracka home was always welcoming to family and friends in the community. Priscilla was like a second mother to everyone in the neighborhood. The family served as a host family and sponsored children from The Fresh Air Fund in New York City, for many years. Priscilla also enjoyed decorating cakes for weddings and birthdays.