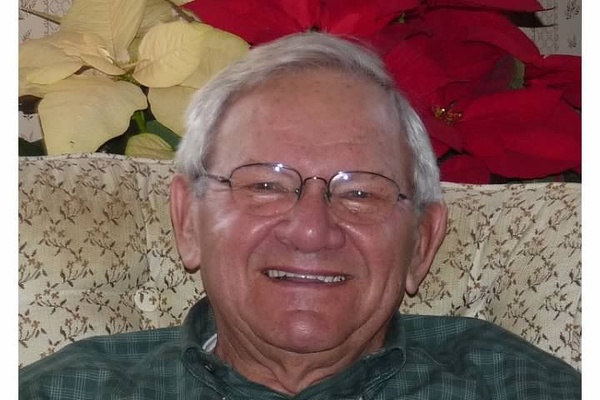 Peter J. Laskey, age 88 of Stow, passed away peacefully on Friday, August 8th at his home, surrounded by his loving family. He was the beloved husband of Elizabeth (Ostrowski) Laskey, to whom he was married to for 60 years.

Born in Greenfield on July 20, 1926, he was the son of the late Joseph and Mary Laskey. Raised and educated in Greenfield, MA, Peter graduated from Greenfield High School in 1944. He served in the United States Air Force during World War II and the Korean Conflict.

Peter married Elizabeth (Ostrowski) Laskey on July 3, 1954 in Claremont, NH and in 1966 settled in their current home in Stow.

Peter worked for many years as a shop foreman at All Metal Fabricators in Acton, MA. He retired in 1992 and during his spare time and retirement, Peter enjoyed spending time with his family, as well as fishing, hunting, golfing, and cooking.
Besides his wife he is survived by his sons, Mark P. Laskey and wife Loretta of Seattle, WA, David J. Laskey and wife Renee, of Bolton, and Peter C. Laskey and wife Karen, of Stow, his grandchildren, Anastassia, Alexandra, Andre, Benjamin, Emily, Mark and Christina. He is also survived by his brother David J. Laskey and his wife Corinne, of South Deerfield, MA. He was predeceased by his two sisters, Sophia Baker of Stahlstown, PA, Anne Bartos of South Deerfield, MA, and his brother, Walter Laskey of Greenfield, MA.

Family and friends will gather to honor and remember Peter on Thursday, August 14th, at the Fowler-Kennedy Funeral Home, 42 Concord St., Maynard, MA. Visitation is from 10:00 am -12:00 pm, with a funeral service immediately following. Interment will follow at Brookside Cemetery, Stow.