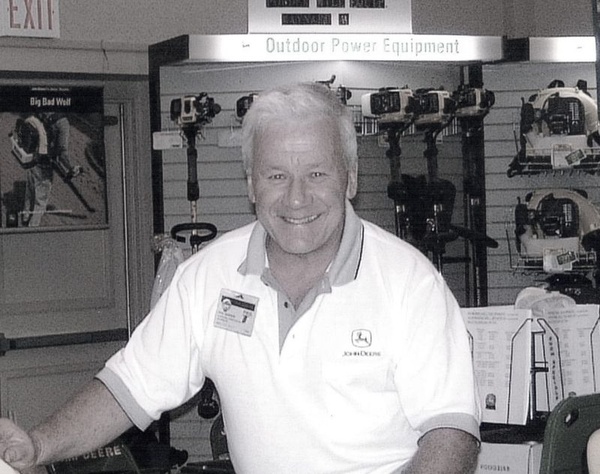 Born in Maynard, on June 10, 1939, he was the son of the late Andrew and Helen (Tarema) Denesiuk. Paul was raised and educated in Maynard, graduating from Maynard High School class of 1957.

Paul served a term in the Army division of the National Guard in the early sixties. He went to boot camp at Fort Dix in New Jersey in May of 1962.

In 1965, Paul opened a snowmobile sales and service store, "Powder Mill Ski-Doo", near his home in Maynard, with his friend Larry. They built a new building and expanded the business into a John Deere dealership named "Powder Mill Sports Center", providing lawn equipment service and sales to the area. Paul enjoyed meeting his customers personally and helping out his hometown of Maynard in times of need. Over the past 53 years, the business has been a part of Maynard's history and is still in service, now named "Powder Mill Equipment".

Paul enjoyed spending time with close friends, and vacationing at his Villa "Dolphin Run" in Saint John, US Virgin Islands. He had a talent for creating unique and colorful landscaping to his properties, which he maintained himself. His hobbies included spending time on his boat, snowmobiling with friends, and outdoor photography.

He is survived by his girlfriend, Lauren Knox; close friend Larry Fryatt and Marcia Johnson of Maynard; his sisters, Sonia and husband Richard Ouellette of Florida, and Olga and husband Al Smith of Norwell, MA; along with many nieces and nephews.