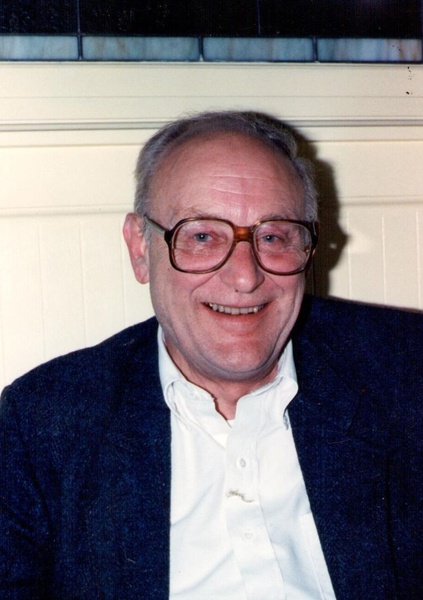 O. Wesley Larsen, 90, of Stow, Massachusetts, passed away peacefully on Wednesday, August 1, 2017, surrounded by family. He was the loving husband of the late Frances Elizabeth Burnet Larsen.

Born in Chicago, Illinois on February 21, 1927, son of the late Oscar and Clara (Steen) Larsen. Raised and educated in Chicago, Wesley graduated from Norwood Park High School, class of 1945. Upon graduation he enlisted in the United States Navy, and was stationed in Alabama, where he assisted in helping soldiers return home when they returned from war. He later attended Pennsylvania State University and graduated with a Bachelor's Degree in Liberal Arts, Class of 1950. On April 24, 1954, Wesley and Frances were married, happily for forty-one years before her passing. Wesley worked as a Professional Industrial Hygienist for 25 years for Insurance Company of North America, Albany, New York, and later for Commercial Union Insurance Company in Boston, Massachusetts, retiring in 1992.

Wesley was first and foremost a family man. He lived for them, especially sharing his love of the outdoors, camping on Lower Saranac Lake in the Adirondacks, fishing, playing tennis and golfing throughout his life.

He is survived by his children Stephen B. Larsen and wife Amy of Fitchburg, MA; Rebecca L. Brave and husband Joe Don Brave of Pawhuska, OK; his two grandchildren Roland Wesley Larsen and Preston Samuel Brave; and his dearest companion Susan Hill, who he enjoyed playing bridge with. Wesley was predeceased by his second wife Margaret (Keener) who is survived by her children Carol S. Lacock and her husband Bob, of Quakertown, PA; Marti S. Cross and her husband Neil of Bellingham, MA; Ann S. Pratt and her husband Douglas of Leyden, MA; and Steve Snook and his wife Ann of Conway, MA and many loving step-grandchildren.

A Memorial Service and Celebration of the Life of O. Wesley Larsen will be held on Saturday, August 26, 2017 at 11:00 AM at the Acton Congregation Church, 12 Concord Road, Acton Massachusetts, 01720. All are welcome to attend.