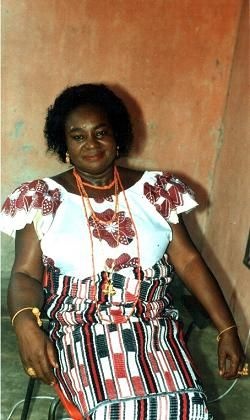 Naomi Okorji, 79, died Saturday, May 3, 2014 at the St. Elizabeth Hospital, Brighton, Massachusetts.
She was born on January 10, 1935 to His Royal Majesty Eze Unosi Ashirim of Ihuaba town, the Eze Ekpeye Logbo and the late Nwayi Amadi of Ahoada in RiversState, Nigeria.

A wake keeping for Naomi will be held on Saturday, May 31, 2014 at the Fowler-Kennedy Funeral Home, 42 Concord Street, Maynard, Massachusetts by 4:00 pm to 8:00 pm.
On June 4, 2014 the three surviving children will accompany the late Naomi Okorji to Nigeria where she will be buried.