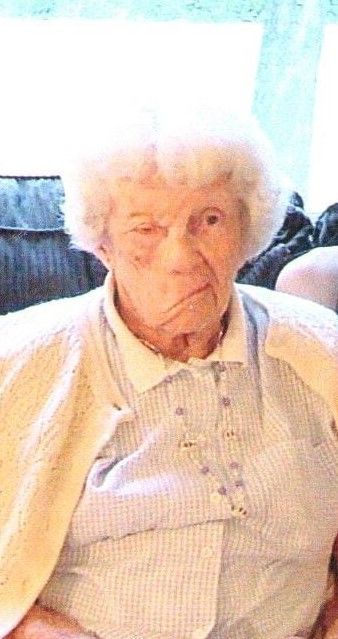 Nancy Marie (Lund) Dexter age 93 and life-long resident of Stow passed away on Tuesday, October 27, 2015 surrounded by her loving family. She was the wife of the late Eugene F. Dexter who died in 1993.

Nancy and Eugene married in the Unitarian Church in Stow on June 20, 1942. They remained in Stow where together they raised their loving family.

Nancy worked for many years for the Town of Stow School Department as a dietary aid in several school cafeterias where she made many friends and acquaintances.

Family was the center of her life, Nancy always enjoyed hosting holiday gatherings, family reunions and many other events and celebrations. She enjoyed cooking, knitting, sewing, bowling and fishing. She was also a long time member of the Maynard Rainbow Girls.

Survivors include her daughters, Judy Faford and husband Richard of Stow and Susan Sipila and husband William of Sterling, her sister Alice Matthewman of Alton NH and two grandchildren Deborah (Faford) Beharrell of Maynard and Bill Faford of Westminster along with four great-grandchildren and several nieces and nephews. Also extended family friends Tony and Robert Turcotte.

The family would like to thank the Visiting Angels of Acton for their support and care and also a special thank you to Nancy's friend Nancy Anderson.

Donations in her memory may be made to: Council of Aging in Stow and Visiting Angels of Acton MA. 01720