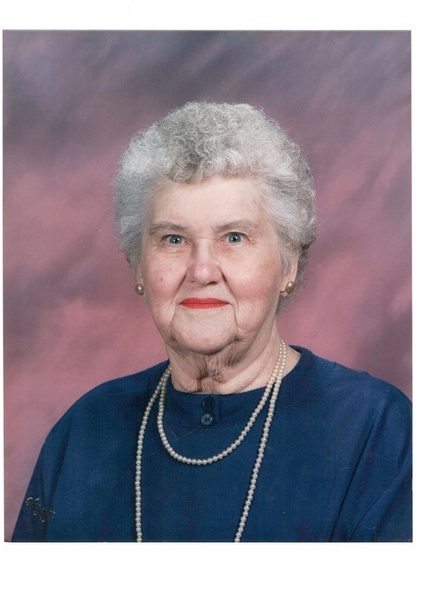 Muriel M. (Gray) DeWitt age 91 and long-time resident of Maynard passed away on Friday, April 17, 2015 at Emerson Hospital. She was the wife of the late Edgar W. DeWitt.

Born in Maynard on January 9, 1924 she was the daughter of the late Charles LeRoy and Martha (Parker) Gray.
Muriel graduated from Maynard High School in 1941 and soon married Edgar. They lived in Waltham before moving back to Maynard. She was a faithful member of the Maynard Methodist Church where she was a choir member for over 50 years. she was also the Sunshine Lady for 25 years sending cards to church members on all appropriate occasions and a member of the flower committee.

She was also an excellent cook and could be counted on for delicious desserts for church suppers and other occasions. She was noted for her lemon lush, chocolate lush and hermit cookies. Her lemon lush recipe was featured in a national food publication
Muriel's earliest employment was at a blanket mill in Maynard. She worked at Raytheon for many years as a quality control supervisor in the manufacturing division. She also spent many hours caring for children.

During her spare time and retirement she enjoyed flowers especially daffodils and roses and also spending time at the beach in York, Maine with her husband and brother-in-law, Stanley DeWitt. She and her husband also enjoyed spending time with their friends in the southwest of the USA.

She is survived by her adopted family, Bill and Isobel Booth of Stow and their 8 children, 20 grandchildren and 5 great-grandchildren and by her cousin Dorothy Hattie, her nieces, Cheryl Palmer and Lynda Watters and their children . She was predeceased by her husband Edgar W. DeWitt, her brother in law Stanley DeWitt, her cousins Myrna Palmer and Roberta Knox and her grandson Tony Muffoletto.

Family and friends will gather to honor and remember Muriel on Friday, April 24 from 4-7 pm in the Fowler-Kennedy Funeral Home, 42 Concord St., Maynard. Her funeral service will be held on Saturday at 11:00 am in the funeral home. Burial will follow in Glenwood Cemetery, Maynard.

Donations in her memory may be made to a charity of your choice.