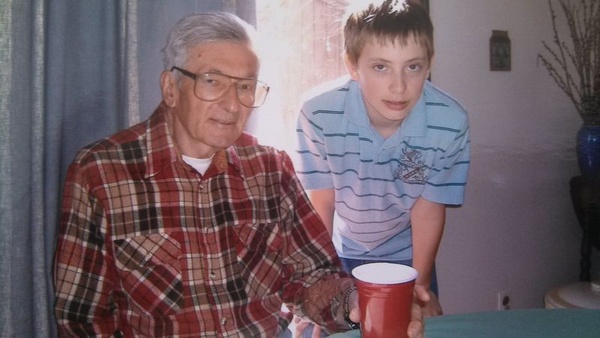 Michael A. Popieniuck age 83 of Maynard passed away peacefully on Sunday, March 9, 2014 at Concord Health Care Center. He was the husband of Lorraine D. (Campbell) Popieniuck.

Born in Maynard on April 1, 1930 he was the son of the late Antony and Tasrana (Tutko) Popieniuck.
Raised and educated in Maynard, Michael graduated from Maynard High School. Michael then enlisted in the United States Navy where he proudly served his country during the Korean War. He and Lorraine married in 1954 and remained in Maynard where together they raised their family.

Mr. Popieniuck worked for many years as a Mechanical Engineer for both Raytheon Corporation and GTE Sylvania. During his retirement he worked part-time at Maynard Country Club and Butternut Farm Golf Club of Stow.

During his spare time and retirement he enjoyed golf, skiing and spending time with his family. He was a member of the Maynard American Legion, Hudson Elks and the Booster Club.

Besides his wife he is survived by his two children, Michele Klein and husband Wolfgang of Maynard and Mark Popieniuck of Marlborough, two grandchildren, Erica LaPusata and husband Robert of Maynard and Michael of Northborough and three great-grandchildren, Ariana, Anthony and Dominic, and brother John Popenuk of St. Portland, OR. He was predeceased by three brothers Walter, Peter and Alexander (Alec) Popieniuck of Maynard.

Donations in his memory may be made to:
Maynard Booster Club
c/o Maynard High School
1 Tiger Drive
Maynard, MA 01754