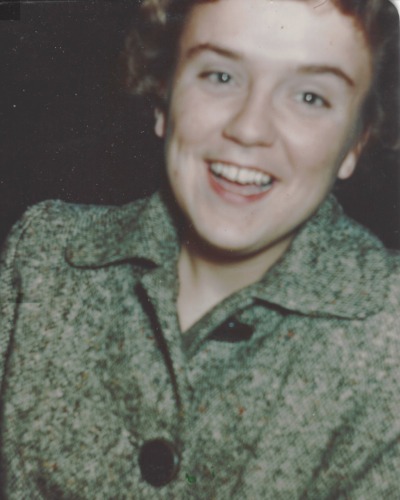 Mazie Adamson Stitt, a longtime resident of Sudbury, Massachusetts who in recent years lived in Cincinnati, Ohio, passed away peacefully on New Year’s Eve, 2022 after a long illness. Mazie is survived by her loving husband of 70 years, Richard (Dick) Stitt, their three sons, four grandchildren, two great grandchildren, as well as very many members of their extended families and dear friends.

Mazie was born in Columbus, Ohio in 1930 and was raised by her grandparents, William Ernest and Lela MacKenzie Adamson, with whom she lived in Charleston, West Virginia until graduating high school, at which time she and Lela moved to Marietta, Ohio, where she met Dick. Mazie and Dick soon moved to Cincinnati, where their first son was born.

In her early life, the extended family around Mazie included farmers, teachers, writers, and professors, who imbued her with a life-long love of nature, gardening, reading, and adventure.  Growing up, Mazie spent many happy days at farms run by her uncles Perlie and Emil, and her aunt Nalma and she enjoyed working in a greenhouse as a teen.

In 1951, Mazie was the first woman to work at the Washington (Ohio) County Engineer’s office.

Forever in our hearts, Mazie was widely loved.  She never minced her words and always said what was on her mind, but her gentleness, kindness and amazing spirit always showed through and brightened the lives of so many people. Neighbors and friends could always count on her whenever there was a need.  Everyone wanted to be her friend and emulate her spirit.  She lived a full, wonderful life, was a delightful entertainer, amazing cook, a doting grandmother and great-grandmother, a good friend, an enthusiastic gardener, a lover of dogs, birds and butterflies, and a skilled pianist. Though a devoted and active member of the Lutheran church, she preferred the old-time mountain gospel hymns.

Mazie strongly believed in the power of love to create families and communities, inviting foreign students and visitors into her home, supporting immigrant and refugee support programs, encouraging the creation of adoptive families, and reveling in the company of a wide range of friends from diverse backgrounds. After settling down for a long, enjoyable retirement in Sudbury, Massachusetts, Mazie and Dick enjoyed touring the USA and Canada with their Minuteman Ford Model A Club of Massachusetts friends, as well as making trips together with friends to France, Spain, Netherlands, and Ireland.

Family and friends will gather to honor and remember Mazie on Friday, January 20, 2023 from 4:00-8:00 p.m. at the Fowler Kennedy Funeral Home, 42 Concord Street, Maynard.  Her Funeral service will be celebrated on Saturday, January 21, 2023 at 10:00 a.m. at Peace Lutheran Church, 107 Concord Road in Wayland, followed by burial at Mt. Pleasant Cemetery, Sudbury. An informal memorial gathering will follow in the early afternoon at the Peace Lutheran Church Fellowship Hall.  Flowers may be sent to the Fowler-Kennedy Funeral Home or, in lieu of flowers, donations directed to Peace Lutheran Church for perpetual funding of their flower program, which was very close to Mazie’s heart.