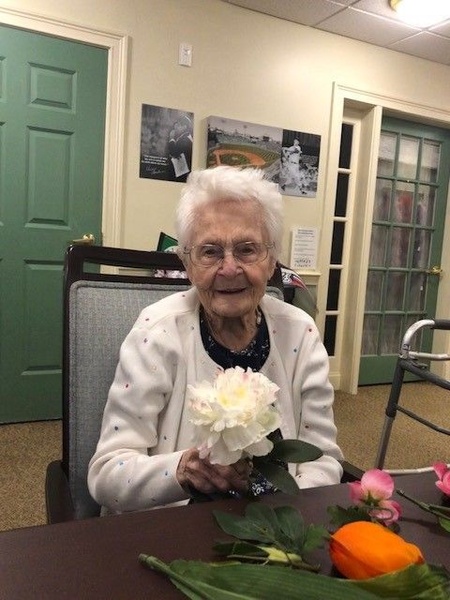 Mary (Jones) Gaudet, 99 years old, formerly of Stow, passed away peacefully on Monday, November 9, 2020. She was the loving wife of the late Gilbert J. Gaudet.

Born in Concord, Massachusetts on March 22, 1921, she was the daughter of the late Arthur and Blanch (Conant) Jones. Mary was raised and educated in Acton, graduating from Acton High School, class of 1938.

Before working as a Printed Circuit Board Machinist for Digital Equipment Corporation in Maynard, for many years, Mary was the loving homemaker for her husband Gilbert and their children Richard "Dickie", James "Bunk" and Penny. She was an incredibly talented woman engaging in craft art from handmade quilts to fashionable doll clothes. Mary was also an avid treasure hunter who would often be seen at local schools and ponds metal detecting. This passion brought her to the far corners of New England and she often entered treasure hunting contests with friends and family. During her lengthy retirement, Mary worked part time for Christmas Motors where she was considered a valuable asset helping with registration and insurance tasks. Later in retirement, Mary became an active participant of the Council on Aging in Stow enjoying all the activities they had to offer.

Due to the current restrictions, Mary's service will be a private gathering of family and close friends.