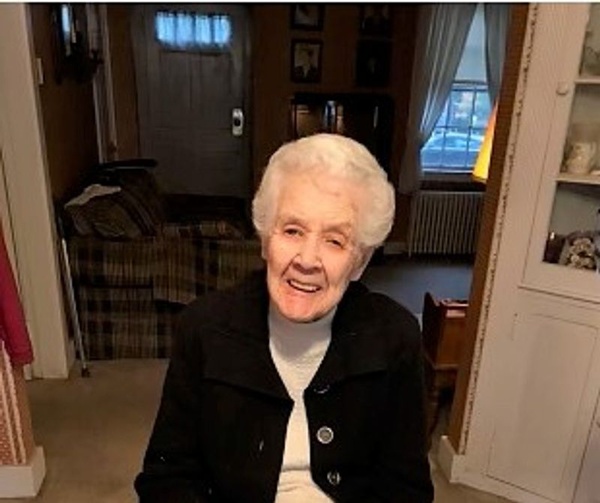 Marion A. (Smith) Richardson, age 95 of Maynard, passed away peacefully on Saturday, September 18, 2021. She lived her entire life in Maynard, where she met and married her high school sweetheart, James Patrick Richardson Jr. They enjoyed 61 happy years together until his death in 2008.

Born in Concord, Massachusetts on October 9, 1925, Marion was the daughter of the late Bernard E. and Vera P. (Killerby) Smith. She graduated from Maynard High School, class of 1943. Marion played field hockey, basketball and was a cheerleader.

Marion worked as a secretary to the principles of Green Meadow School and Roosevelt School in the Maynard School system for twenty-three years, retiring in 1991.

Marion enjoyed golfing with her husband as members of Maynard Country Club for fifty years. She also enjoyed bowling in a Women's bowling league for many years and was very active in the Union Congregational Church and their Helping Hands Group.

In lieu of flowers donations in her memory may be made to Minute Man Arc for Human Services 35 Forest Ridge Road, Concord, MA 01742 or www.minutemanarc.org