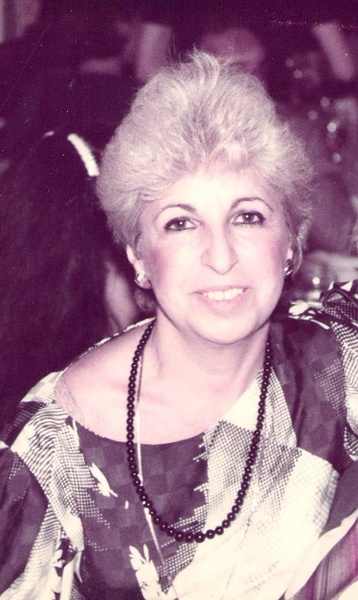 Marshfield Ma- Palm Bay Fl. Maria (Contino) Catania passed away on January 18, 2022, with her loving family at her bedside. She was 91 years old. She was the daughter of the late Vincenzo and Vincenza Contino of Queens, New York; sister to Antoinina Klauzinski and the late Dorotea Goglia. She was born in Brooklyn, NY, and attended public schools in Brooklyn. Maria was always interested in investigations and newspapers. She was an avid reader, loved mysteries and history novels. At the age of 15 she went to work for Hooper Holmes Investigation Bureau 5 days a week and 2 days a week she worked at Brooklyn Eagle as a classified ad taker and as a proofreader. In 1947 she met the love of her life Raymond Catania, they married in June of that year, and they settled in Maynard, Massachusetts.

While raising her children, she took art classes; she always had a passion for painting and drawing. She studied under Dominic DiPolo of Concord where she learned oil painting, she studied pastel painting with Dennis Logsdon of Marlborough, and she also studied water colors with Susan Kessler of Melbourne Florida. She attended classes at Middlesex State College, Bay State College and Framingham State College. When her children were in school, she went to work for Beacon Publications part time as a proofreader. She slowly learned other things about the printing business, such as running the Linotype machines, one time she changed the roll on the press with another coworker using a chain-fall. Maria later became a Classified ad manager for the 10 weekly papers, while in the position she met many interesting people such as the governors of Massachusetts and Senator Edward Kennedy. After 30 years in the newspaper business, she retired to their summer house in Marshfield, MA and bought a winter house in Palm Bay, Florida, to be close to her 2 grandchildren, her son and daughter in law Joseph and Jannette Catania. Maria and Raymond spent 20 years in their winter home and joined the Palm Bay Senior Group. In that group they met many friends. They were also active in 4th Marine Division corps retiree's group, they traveled to many meetings throughout Florida. They also enjoyed their summers by the sea in Marshfield.

Donations in her name can be made to Dana Farber Cancer Institute of Boston MA, and her church Saint Ann by the sea in Marshfield, MA