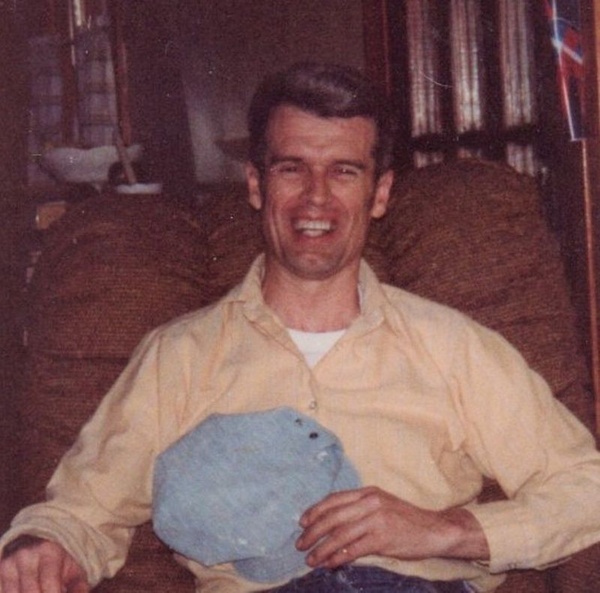 Louis Frederick Eno (aka Lou or Louie) passed away peacefully at home in Maynard, MA on January 19, 2021 after a long and full life, surrounded by his loved ones.

He was the elder brother of Evelyn (Eno) Clarke of Bremerton, WA, Audrey (Pendergast) Vorce of Hopkinton, MA and Harold Pendergast of Natick, MA, and had several nieces and nephews.

Lou was born in Milford, MA on May 28, 1936; shortly afterward, the family moved to Somersworth, NH. He and his brothers also spent part of their youth at the Dover and Franklin NH Childrens' Homes. He and a good friend busted his younger brother Donald out of Juvenile Hall, then he and Don hitchhiked together across the U.S.A. Lou served in the U.S. Air Force, then attended Grays Harbor College in Aberdeen, WA under the GI Bill, where he studied literature and worked as a lifeguard at Sol Duc Hot Springs.

Nancy and Lou were married on November 5, 1966 in Medway, MA and had a happy 54 years together.

Lou was a humble man, a gentle soul and had a big heart. He was very active and health-conscious throughout his life and completed many road races. In addition to running, some of his other hobbies included photography, computers, chess, SCUBA diving and snorkeling, acoustic guitar (enjoyed playing folk music), tennis, bicycling, baking (bread and pies were a specialty), bird watching, literature, writing and poetry, fishing, and genealogy.

An animal lover, Lou was known to stop and rescue many turtles, cats and other animals from the perils of the Massachusetts roadways!

He worked for many years as a self-employed contractor under the business name Eno Construction. After retiring from his construction business, he worked in real estate for a short time and then with Nancy in their home day care business.

Lou also enjoyed family vacations to New Hampshire and Disney World, as well as trips with Nancy to Colorado, California, Washington, South Carolina and Cape May, NJ where they would visit friends and family.

On April 25, 1998, Lou was baptized into the Jehovah's Witness faith, where he was an active and beloved member of the Congregation. He especially enjoyed working with the crews on "Quick Builds", erecting new Kingdom Halls throughout Massachusetts.