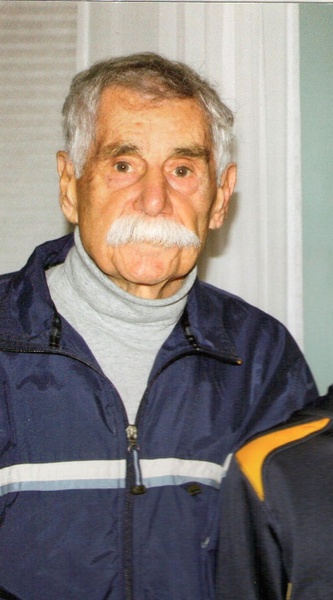 Born in Cambridge, MA on November 8, 1931, he was the son of the late Leonard and Claudia (Cardillo) Curcio. Leonard was raised and educated in Cambridge. Upon graduation, he enlisted in the United States Air Force and proudly served his country. Len attended Western New Mexico University in Silver City, graduating in 1958 with a Bachelor's Degree in Physical Education. During his college years, Len continued his love of sports by playing both tennis and basketball, and later returned to Silver City in the early 1970s to earn his Master's Degree and he spent the year as an assistant coach on the basketball team.

Leonard and Frances met in Greenville, Maine and later married in 1962. The couple settled in Maynard in 1965 after he was hired by the Maynard Public School System. Mr. Curcio served as the Physical Education Teacher for various schools in Maynard over the years. During his tenure in Maynard, he coached basketball, baseball, football, and cross country, while teaching tennis in the summertime. He had the opportunity to coach his daughter Tina in the early 80s where his teams consistently competed for league and district championships. Coach Curcio retired in 1997 and was later inducted in to Maynard High School Athletic Hall of Fame for his success and influence during his time in town.

In 1994, his life changed forever when he was blessed with the first of his 7 grandchildren who would become the center of his retirement years. He was a constant presence at their sporting events, dance recitals, and theatre productions. The joy his grandchildren brought to his life was evident to all who knew him. He made an impact on everyone he met. He took the time to get to know people, whether it was providing coaching advice or encouragement, giving high fives, or acknowledging a job well done, he always put a smile on someone's face. He enjoyed vacations on Sebec Lake in Maine where he would walk the hills, read books, smoke an occasional cigar, make the crew calamari, and spend time with his family. Len always looked forward to celebrating Christmas Eve where he would host family and friends while preparing a traditional Italian dinner. Len was an avid walker around the town of Maynard where he would inevitably see friends and former students, and always stopped to chat and ask about their life and family. He walked every day, rain or shine, and was famous for walking his age on his birthday where he walked 8.7 miles in November 2018.

Leonard is survived by his wife, Frances J. Curcio of Maynard, MA; his children, Leonard Curcio and partner Elinor Walls of Townsend, MA; Tina Murray and husband Stuart of Littleton, MA; Laura Barbella and husband Peter of Littleton, MA; Stephen Curcio and wife Kathy of Sanford, ME; his grandchildren, Chris and Nick Murray, Emily, P.J. and Lindsey Barbella, and Connor and Alison Curcio. He is also survived by his sister in law Joan Curcio of Santa Cruz, CA, and his siblings Walter Curcio and wife Rosalie of Belmont, MA; Elizabeth Sullivan of Acton, MA; James and wife Jane Curcio of Warwick, RI; Richard Curcio and wife Susan of Chatham, MA; his in-laws Richard and wife Judy Donaher of New Jersey; John Donaher and wife Jacqueline of Topsfield, MA, Robert Thornton and wife Deborah of Hudson, NH;. Leonard was predeceased by his brother Andrew Curcio, sister-in-law Mary Thornton and brother-in-law George Sullivan. Uncle Lenny was also survived by many beloved nieces and nephews.

Family and friends will gather to honor and remember Leonard on Sunday, July 14, 2019 from 4:00 p.m. - 8:00 p.m. at the Fowler-Kennedy Funeral Home, 42 Concord Street, Maynard. His Funeral Mass will be celebrated on Monday, July 15, 2019 at 10:00 am at Saint Bridget Parish One Percival Street, Maynard followed by a celebration of life at the Maynard Elks on 34 Powder Mill Road.