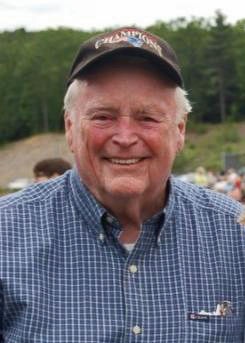 Leo Clark age 78 of Ashburnham formerly of Maynard passed away on Sunday, December 1, 2013 at his residence. He was the husband of Barbara A. (Thumith).

Born in Maynard on March 1, 1935 he was the son of the late Howard and Alice (Doyle) Clark. Leo attended Maynard schools graduating from Maynard High School.

Leo's was a successful business executive in the high technology industry and held positions of Executive Vice President of Atkins & Merrill's flight simulator division in Tulsa, OK and was also Vice President of Electronic Space Systems Corp. of Concord MA, and most recently a Management Consultant for Radio Frequency Company, Inc. of Millis MA.
During his retirement he enjoyed spending time with his family, he was an avid, woodworker, fisherman and bird hunter and enjoyed spending time with his children and grandchildren at his lake house in Ashburnham.

Besides his wife he is survived by his children Jennifer Reynolds and husband Greg of Ashburnham, Tim Clark and wife Mary of Mendon and Jason Clark of San Diego, CA and the late Jody Clark. He is also survived by 9 grandchildren, 3 great-grandchildren his brother Daniel Clark of NC and sister Carol Mariani and her husband Victor of Middleboro MA.