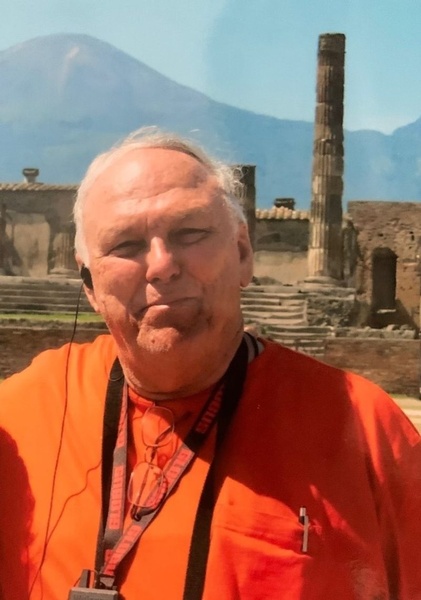 Laurence H. Armour, age 82, of Maynard, passed away peacefully on Sunday, November 28, 2021. He was the beloved husband of Mary Ann (Hayes) Armour.

Laurence was born on November 6, 1939 in Ayer to the late Havelock and Ruth Mary (Cutter) Armour. He was raised and educated in Maynard, graduating from Maynard High School, class of 1957. Upon graduation, he enlisted in the United States Navy and proudly served his country aboard the USS Roy O. Hale (DE-336) an Edsall-class destroyer escort. Laurence and Mary married on May 6, 1961. The couple settled in Maynard and raised their growing family together. Laurence went on to attend Northeastern University earning a Bachelor of Science degree in Electrical Engineering, class of 1970.

Laurence worked as an Electrical Engineer for the 3M Company, Sperry, AJ Lincoln Company, and Walker Magnetics, retiring in 2005. During his time with Walker, Laurence traveled to China, Egypt, Venezuela, and Mexico.

Along with his wife, he is survived by his four daughters, Lauren A. Armour and partner William Foster of Aurora, CO; Colleen M. Mosca and husband Ron of Turners Falls, MA; Suzanne E. Carrig and husband Jim of San Jose, CA; Deborah L. Davis and partner Steven Corriveau of Clinton, MA; his grandchildren, Emma, Aidan, Connor and Joey; his brother Dana C. Armour of Mendon, MA; and several nieces and nephews. Laurence was predeceased by his brothers Jon and Gary Armour.

In addition, Laurence was an animal lover, taking in several varieties of pets over the years but most enjoyed many years and daily walks with Chauncey, the family dog, and the family cat, Kitty.

In lieu of flowers, gifts in his memory may be made to Maynard Food Pantry.