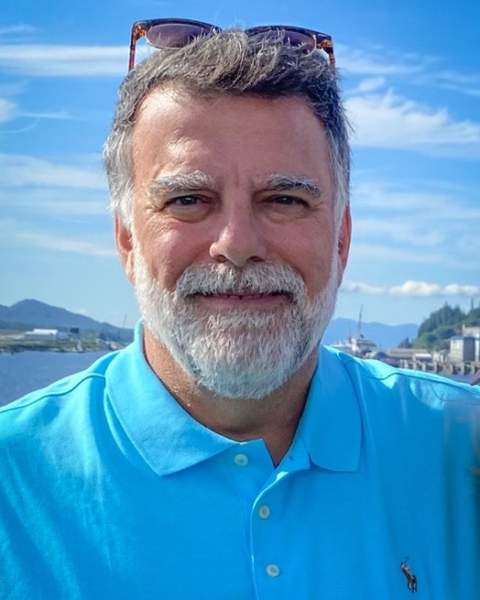 Joe was born and raised in the Stapleton neighborhood of Staten Island, New York, to Robert and Anita Pessolano, who pre-deceased him in 2020 and 2011, respectively.

He attended St. John the Baptist de La Salle and Immaculate Conception grammar schools. As a youth, he enjoyed participating in sports with the Stapleton Athletic Club, PAL and CYO, especially baseball, touch football, basketball and bowling. He also coached and managed younger children and in 1972 he was awarded the CYO Cardinal Spellman Youth Award for outstanding service to his parish and community.

He attended Monsignor Farrell High School (Class of 1976, L4L!), and was a member of the undefeated 1975 varsity football team, which was ranked #1 in New York City and also garnered national rankings. It was during his time at Farrell, where Pepper made many lifelong friends, who’s camaraderie he cherished dearly, right up until his passing.

Throughout high school and college, he was employed as a truck driver and upholsterers, apprentice, by his father, at General Drapery Inc. in Manhattan. Joe worked on many construction sites of iconic New York buildings, theatres and hotels, such as the World Trade Center, Citicorp Center, Studio 54 and the Waldorf-Astoria and Plaza Hotels. He also worked on the DNC conventions in Madison Square Garden in 1976 and 1980 and inaugural events at the Kennedy Center in DC in 1977. His senior year of college he worked at Scandinavian Airlines Systems, in Rockefeller Center.

Pepper and his friends spent many good times riding up and down The Shore in his converted 1971 VW microbus, which employed an 8-speaker 50-amp AM/FM 8 track system and a CB radio, his handle on which was “Pepper Mobile”. Many a summer evening were spent at the Wollman Skating Rink in Central Park attending shows at the Dr. Pepper Music Festival. An avid music fan, he especially liked the Grateful Dead, Jethro Tull, Southside Johnny and the Asbury Jukes and Jimmy Buffett and the Coral Reefer Band. On Sundays, he managed a softball team in the New Brighton Men’s PM league. Over the years, Joe said that pretty much everyone he knew, at some point, played on that team.

Joe attended Pace University in Manhattan, majoring in Accounting, and graduating in 1980. He earned his CPA from New York State in 1983. At Pace, he dated Diane Hayden, an alumna of St. Joseph Hill Academy, and a former cheerleader for the ’75 Farrell team. They were engaged during their senior year of college and wed on April 4, 1981.

After graduating, Joe started his career as a staff accountant at Main Hurdman, a predecessor firm of KPMG. He then moved on to senior financial positions at Bristol Myers Squibb, as manager of financial reporting; Saatchi and Saatchi, Plc as North American Controller; EMI Worldwide, Plc as Controller; WPP, Plc as Controller of Ogilvy and Mather and Ammirati Puris Lintas as Executive Vice President and Managing Director of Finance.

During his tenure at Saatchi, he had the task of managing various financial assets purchased by the company. At one point he was the President of a bank in Grand Cayman, the President of a charter sailboat company and an insurance company on St. Thomas and board member of an insurance company in Bermuda. During his career he made over 100 trans-Atlantic flights, the most memorable of which occurred when he was upgraded to the Concorde and sat next to Dudley Moore and Jackie Stewart. Eric Clapton was also on that flight. Anywhere he traveled, he tried to take in the local culture and cuisine. He attended a bullfight in Madrid, the French Open at Roland Garros, climbed to the top of La Sagrada Familia in Barcelona, shopped on the Bund in Shanghai and the Ginza in Tokyo, climbed the harbor bridge in Sydney and attended a performance of the original run of Phantom of the Opera in London’s West End.

In 1996, he accepted an offer to become Partner and Chief Financial Officer of Boston based ad agency, Houston, Herstek, Favat. Joe and his young family then relocated to suburban Sudbury, Massachusetts. He negotiated the sale of HHF to Arnold Worldwide in 1998. After Arnold was purchased by Snyder Communications, and subsequently, The Havas Group, Joe was named Executive Vice President and CFO of Arnold Worldwide Partners, which at the time, was the largest advertising network based in New England and ranked number 12 in the world. He sat on the Executive Committee of The Havas Group, based in Paris.

In 2007, Joe became EVP and CFO of Chandler Chicco Companies, an international healthcare public relations network based in New York. He and Diane loved having an apartment in the West Village and commuting bi-monthly from their home in Massachusetts. While in New York, the empty nesters enjoyed exploring Central Park on foot, the theatre, museums, restaurants and jazz clubs. Joe was very happy to be able to attend home games for his beloved Giants, Mets, Knicks and Rangers. Joe was at Super Bowl XXV in Tampa (wide right!) and Game 7 versus the Red Sox in 1986 at Shea.

Joe retired from corporate life in 2015 and started a real estate investment company that he named Swift Home Deals. There he actively, and passively, purchased, rehabbed and sold residential properties. He was a licensed real estate salesperson, affiliated with Keller Williams.

Joe and Diane’s passion was travel, two of their favorite adventures being a 2019 trip to South Africa, Zambia and Zimbabwe, and a 2017 tour of the Amalfi Coast. Over the years, they also vacationed in Italy, on several occasions, as well as in Spain, Ireland, England, France, the Netherlands, Greece, and Alaska. Joe had visited six continents. They also enjoyed taking their annual winter get-a-way to “St. Somewhere” in the Caribbean, where they loved to sail, snorkel and imbibe in colorful libations.

Joe enjoyed riding his Harley on weekends, as well as skiing, golf, sailing, power boating and solving the daily NYT crossword puzzle. He was a member of the Knights of Columbus and the Lions Club of Stow.

Joe’s greatest joy in his life was being father to his three sons, Marc, Craig and Robert. He was so proud of the men they grew up to be. Over the years they enjoyed many hours skiing together on slopes all over New England. They enjoyed rooting for (and complaining about) their beloved Giants and Mets. Joe was glad to know that the Pessolano Family Fantasy baseball league, which was started in 1995 and recently expanded to include his two grandsons, will continue on and is in trusted hands.

In 2021, Joe and Diane began spending their winters at their residence in Jensen Beach, on Hutchinson Island, Florida.

Joe is very thankful to his friends and family, who gave him the support and strength to be able to spend his final days with dignity, humility and grace.