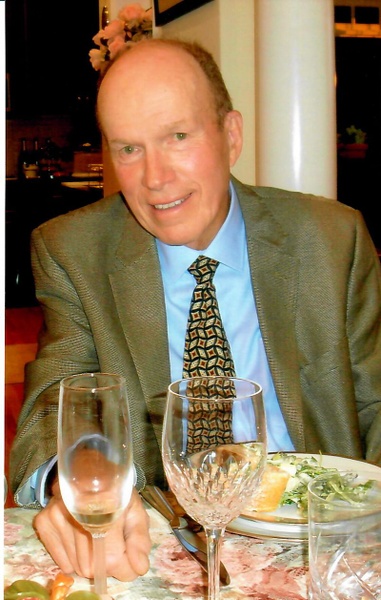 John Wayne Newton Saarinen, age 83 of Stow, passed away peacefully on Tuesday 26 June 2018 at his home.

Born in Concord, MA on July 6, 1934, he was the son of the late Waino Arthur Saarinen and Pauline Ann Duxbury Newton of Maynard, MA. In the early years John was raised and educated in Maynard, Belmont and Framingham, He graduated from Framingham High School, class of 1953. John continued to further his education and later received a Bachelor Degree in Science from Worcester State University.

John enlisted in the United States Air Force serving for 20 years. While stationed in Germany he met his wife, Christa Johanna Erna (Hollemann) Saarinen. They married in April 1961 in Teddington, England. and spent 14 years living in England, Spain, Texas and Florida with their son, Erik Norman Saarinen. After retiring from the US Air Force, John and Family moved to Stow, MA, where John worked for Digital Equipment Corporation for 15 years as a Purchasing Agent.

Family was most important to John. He loved spending time with his son and granddaughters. Summer's on Cape Cod became a family tradition with swimming, biking, and hiking. John's many hobbies included a love for classical music, theater, fitness and golf. His main passion was running Marathons, all over the United States, including running the Boston Marathon 5 times. His other favorite was running the Mount Washington Road Race which he ran for many years. John was very social and enjoyed a large circle of friends.

He is survived by his loving wife Christa, his son Erik and wife Pamela of Acton, his granddaughters Haley and Isabella, his brother Newton Saarinen of Sterling; his sister Paula and husband Rudolph Nicoletti of Walpole; as well as many Nieces, Nephews. Great Nieces and Great Nephews.

Family and friends will gather to honor and remember John on Friday, June 29, 2018 from 10:00 am – 12:00 pm at the Fowler-Kennedy Funeral Home, 42 Concord St., Maynard. His funeral service will follow at 12:00 pm. Burial with U.S. Air Force Military Honors at Glenwood Cemetery, Maynard.

Donations in his memory may be made to:
Care Group Parmenter
1 Arsenal Market Place
Watertown, MA 02472.