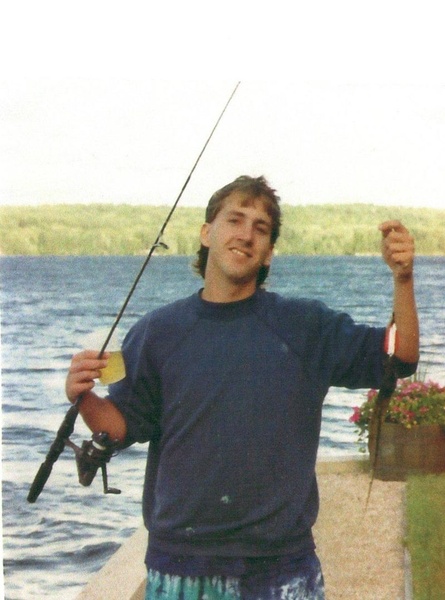 Born in Concord, Massachusetts on January 27, 1968, he was the son of Judith A. (Gagne) and the late Robert A. Lindfors. John was raised and educated in Maynard, graduating with the class of 1986. He was a fierce competitor on the Maynard High School Hockey team.

John worked at Stadler/Viega in Acton, MA for many years.

The most important things to John were his two sons and his dog Nico. He enjoyed coaching his sons in baseball and football over the years and camping in Old Orchard Beach in Maine. John was an avid fisherman. He had a passion for both salt and fresh water fishing. One of his favorite spots to fish was off Race Point Beach in Provincetown, MA. John was a Boston sports fan fanatic. He enjoyed attending Bruins games, tailgating before Patriots games and attending championship parades. John had a soft spot for 80's music, especially Rainbow Rock Band. He attended many concerts over the years with family and friends.

In lieu of flowers donations in his memory may be made to The Recovery Centers of America at Westminster 9 Village Inn Road, Westminster, MA 01473