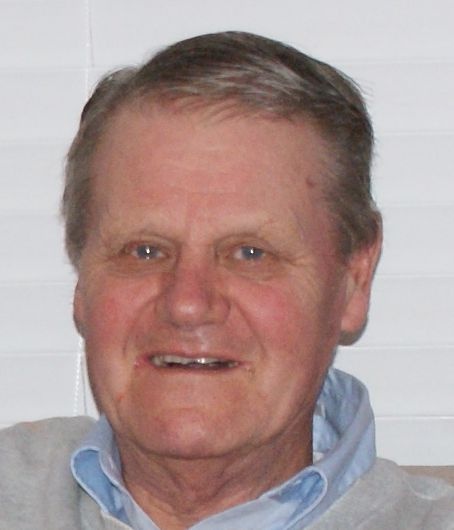 John Frank "Kuddy" Ketola age 71 of Stow passed away peacefully on Saturday, December 6, 2014 at his home. He was the loving husband of 46 years to Mary (Adams) Ketola formerly of Hudson, MA.

Born in Concord on June 11, 1943 he was the son of the late Eino and Helen (Mark) Ketola. John graduated from Maynard High School class of 1961. He attended and graduated from Worcester Junior College where he was a member of the swim team. He also attended Worcester State College. John proudly served his country in the United States National Guard.

He married Mary on February 17, 1968. He and Mary have lived on Lake Boon, Stow for 43 years. John worked as a self-employed painting contractor for 50 years. He was a member of the Greater Grace Christian Fellowship Church of Marlborough. He was actively involved in coaching his children's Stow soccer and AVLL baseball teams as well as semi-pro teams in Maynard, Acton and Milford in years past. He was a past president of the Eastern Mass. Baseball League.

John was an avid outdoorsman and was a longtime member and past president of the Nashoba Sportsman Club and a lifetime member of the NRA. He loved hunting, fishing, playing baseball, and spending time at his camp in northern Vermont with his family. He also loved going to yard sales. He especially loved his recent trips to Belize and Caribbean vacations with Mary.

John was never happier than when he was spending time with his family and most of all he loved swimming on Lake Boon with his grandchildren. He will be missed by all those who knew and loved him.

Besides his loving wife, survivors include his four children, Eino Ketola and his wife Amy of Thompson, CT, Karl Ketola and his wife Sarah Abbott of Hudson, Abby O'Brien and her husband Patrick of Stow, and Anna Helton and her husband Chad of Acton, his 7 grandchildren, Kelly, Ashley and James O'Brien, Jesse, John, Joseph and Olive Ketola with two more grandchildren on the way and his faithful dog Paska.

Calling hours will be held on Friday, Dec. 12 from 4:00 to 8:00 pm at the Fowler-Kennedy Funeral Home, 42 Concord St., Maynard. Family and friends are also invited to attend his memorial service on Saturday, at 1:00pm at Greater Grace Christian Fellowship Church, 187 Pleasant Street, Marlborough. Interment in Glenwood Cemetery will be private.

In lieu of flowers donations may be made to the Greater Grace Christian Fellowship Church, 187 Pleasant St., Marlborough, MA 01752

Arrangements under the care of Matthew M. Farrow, FOWLER-KENNEDY FUNERAL HOME, A Life Celebration Home, Maynard. To share a memory or offer a condolence visit: www.fowlerkennedyfuneralhome.com