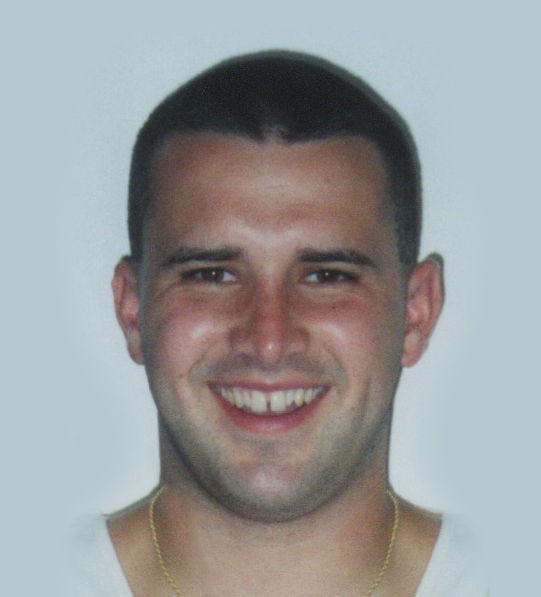 John, known as Fred to his family and close friends, was born in Leominster, Massachusetts on December 28, 1978. He was the son of Heidi S. (Stamm) and the late John F. Keeley, Jr.

John was raised and educated in Maynard. He was an exceptional athlete. John's favorite sport was football. He played quarterback for the Maynard High School football team and was a co-captain his senior year. He also excelled as a member, and was co-captain of both the basketball and track teams. He was a stand-out long jumper, and came just shy of breaking the school's all-time record. John enjoyed hosting a weekly sports talk show on WAVM radio with his long-time buddies, called "Talking Trash." He graduated with the class of 1997.

John went on to study engineering at Northeastern and played football as a walk-on with the team that spring. That was one of his proudest achievements. He qualified as an RA for his sophomore year, but decided to change to a business major at Nichols, and to continue to play his passion sport – football.

Over the years, John had many occupations. He enjoyed working as a parts driver for several car dealerships and was very proud of his ability to meet their demanding schedules with ease. He spent several years as a Personal Care Assistant, caring for 2 different families in need. He also worked at UPS and Iron Mountain.

Anywhere he went, John managed to start conversations with folks, whether he knew them or not. He was always so cheerful and funny. He had a wonderful sense of humor. He seemed to know everyone around the Ridgefield community where he lived for the last nine years. John loved socializing at the pool, playing pickle ball and walking the neighbor's dogs.

John enjoyed volunteering. He volunteered at WHEAT Community Cupboard & Café in Clinton for several years, organizing the donated goods and packing groceries for families in need. He personally donated 2 large carts, which he assembled himself, to help folks move stock around the store. In his spare time he enjoyed driving for DoorDash.

Family was most important to John. He loved spending time with his sisters, his nephew, Diego, his niece, Skylar, and family dogs, especially Rosco. He enjoyed playing Texas hold 'em and Scrabble with family and close friends. He always had an uncanny knack for mathematics and statistics. John was an avid New England Patriots fan.

John is survived by his mother, Heidi Keeley of Clinton, MA; sisters, Sarah Crowley and husband Shawn of Clinton, MA; Carolyn Keeley and partner Craig Carpenter of Thompson, CT; his maternal grandparents, Dorothy and Earl McGlinchey of Harcourt, New Brunswick, Canada; his nieces and nephews Diego, Skylar, Ayzlynn, Jenna and Shayla; his companion Irma Quinonez of Clinton, MA; his great aunt and uncle, Florence and George Hodkinson of Cape Cod; his aunt and uncle, Mary and William Petersen of Clinton; MA; his uncle Hans Stamm of Acton, MA; and many cousins and friends.

Due to the current restrictions, John's Funeral Mass and burial are private. A Celebration of Life to be announced at a later date.

In lieu of flowers, donations can be made to the WHEAT Community Cupboard & Café 272 High St, Clinton, MA 01510.