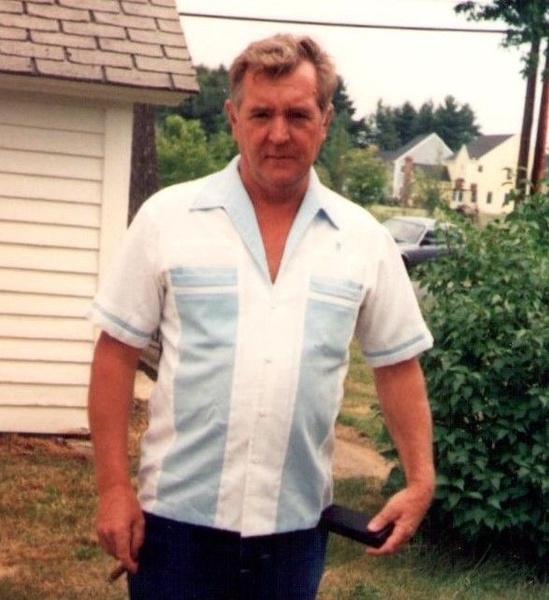 Never one to remain idle, John (Jack) enjoyed the outdoors. Along with a beer and a good cigar, he loved fishing; metal detecting; sharing produce from his large garden with neighbors; horse, dog & car races; and he enjoyed watching old movies on TV as well as boxing matched and baseball games. He stayed active until his illness, continuing to garden, ride miles on his bicycle, and shovel snow or rake leaves in their seasons.

Raised in Woburn, John later lived with his family in Lexington and Concord, and spent some years in Florida. He worked as a painter and laborer in Florida and several local Massachusetts concerns, including the Town of Concord. He was always willing to lend a hand to friends or family, whom he also regaled with stories from his large fund of funny experiences. John was an Army veteran of the Korean War.

A Mass of Christian Burial will take place at 11:00 AM on Saturday, July 27, 2019, at Our Lady of Fatima Parish, 160 Concord Road, Sudbury, followed by burial at New Town Cemetery, Sudbury. Friends and family are invited to visit between the hours of 9:00 and 10:30 AM on July 27, at the Fowler-Kennedy Funeral Home, 42 Concord Street, Maynard, MA.