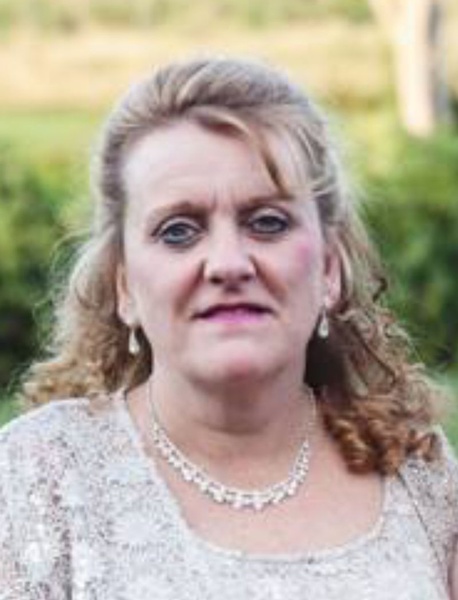 Joan E. (Cotter) Poulson, age 57 of Stow, MA, passed away peacefully surrounded by her loving family on Friday, January 27, 2017. She was the loving wife of thirty-one years to Benjamin H. Poulson.

Born in Framingham, MA on November 16, 1959, she was the daughter of Louise (McGuire) and the late John Richard Cotter. Joan was raised in Ashland with her five brothers and five sisters, she was the eighth child born in the family. She graduated from Ashland High School, class of 1978.

Joan worked for many years in the school Cafeteria's in Maynard and Stow. She also worked for the family business Ben Poulson Excavating-Trucking.

Joan and Ben married on August 18, 1985 and settled in Stow where they raised their family. Joan loved her family more than anything. She enjoyed hosting Christmas and Thanksgiving and traveling to York, ME and North Conway, NH, to the beach. Joan was a great cook, often making every meal from scratch. One of her favorite things to do was having coffee on Saturday morning with her parents.

She is survived by her loving husband Ben, children Courtney, Benjamin Jr. and Kendall. Her grandson Trevor, mother Louise Cotter and ten brothers and sisters. She is also survived by her beloved Pomeranian Bella.

Gifts in Joan's name may be made to American Cancer Society 30 Speen St, Framingham, MA 01701